Employers will have to pony up to keep their employees this year. 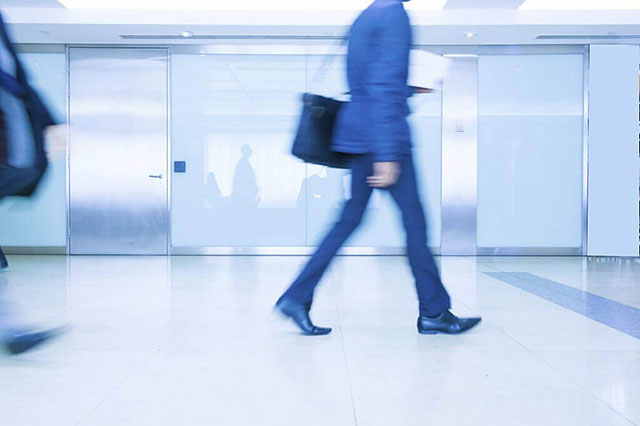 If you’re a dedicated employee and a real asset for your employer, then you shouldn’t be satisfied with a simple pat on the back for a job well done. That may explain why the career marketplace experts at glassdoor.com have released a new survey that shows one in three workers will look for greener pastures if they don’t receive a raise in next twelve months.

Interestingly enough, only 43 percent of employees believe they will be offered a raise in 2015. That effectively means that many workers are already planning to look for new employment, because they believe they deserve more but don’t think they’re going to get it.

In case you’re wondering if you should consider a move, of those who are expecting increased compensation, 49 percent believe they will get a raise between 3 and 5 percent. Some are even more optimistic –for instance, 4 percent believe their raise will be between 50 and 100 percent. That’s a pretty tall order for employers to actually meet.

“Income has been fairly stagnant for most Americans during the Great Recession and even on into these years of recovery,”says Gary Herman, President of Consolidated Credit, “people were willing to stay put just for the security of a steady paycheck. But now that companies are back to profitability, their employees understandably expect to share in that success.”

Why you can’t afford to settle

When the job market is unstable, it makes sense to hold onto your job even if you don’t get a raise, because any money coming in is good money and unemployment has to be avoided at all costs. And for the most part, employees recognized during the Great Recession that their employers often couldn’t really afford to pay anyone any more. So we all battened down the hatches and weathered the storm together.

However, now that the market is in recovery, you really can’t afford to accept the same income year after year. Why?

By and large, each year the cost of the goods and services that you use every day increase each year. That’s why you hear people talk about the cost of ____ (gum, cigarettes, a carton of milk, a can of soda) in their days. It’s not just a saying –it’s actually true that all of those things cost more than they did a decade ago or even a few years ago.

That means that the longer you go without receiving a raise, the more your everyday expenses eat up all of your income. Thing cost more, but you’re not making any more so you have to cut back in your budget–and nobody likes to do that!

“Don’t let fear of getting told no hold you back from asking for a raise,”Herman encourages. “With such a positive economic outlook this year, you can’t afford to allow yourself be intimidated into settling for what you have and not asking for more. Know what your work is worth and make sure your employer compensates you accordingly.”

Congress left consumers vulnerable to garnishment with the latest round of stimulus. Learn why your stimulus check may be at risk and how to protect it...Read full article