Consumers continued to take steps to cut their credit card debt in the third quarter, according to a recent survey by the Federal Reserve Bank of New York.

Consumer debt was estimated at around $11.6 trillion at the end of September, down 0.9 percent, or $110 billion, from June’s figures. The monthly report aims to track the average household debt and credit of American consumers.

Economists cited the high unemployment rate as the primary reason for the debt reduction, Bloomberg reports.

“Americans are borrowing less and paying off more debt than in the recent past,” Donghoon Lee, a senior economist at the New York Fed, told Bloomberg. “This change, which we continue to study carefully, can be a result of both tightening credit standards and voluntary changes in saving behavior.”

The report showed signs that Americans are improving personal finances, the news source says. Credit card delinquencies declined, while the percent of debt in delinquency fell 11.4 percent. The number of new bankruptcies also fell during this time.

Despite the reductions, Arizona, California, Nevada and Florida continued to have high foreclosure and delinquency rates.

Consolidated Credit helps you spring clean your finances and polish up your financial strategy for Financial Literacy Month with free resources and events...Read full article

No one is sure how long the COVID-19 crisis will last. This stimulus check strategy will make the best use of the money you receive, so you can stay afloat...Read full article

OuThe economic fallout from the coronavirus is widespread. Follow these financial tips to protect yourself following during a global pandemic...Read full article 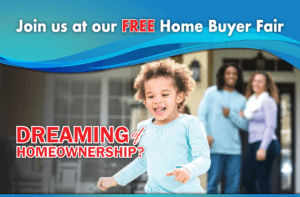