Home » Financial News » Are You Prepared for the Worst?

Unexpected life events can break even the strongest budget if you aren’t ready.

In March, Prudential Group Insurance touted a new tool for employers that “allows them to measure the financial wellness of their workers.” Why would your boss care about that? Because a financially secure employee is most likely less stressed out, healthier, and works harder – making them more productive for the same salary. However, employees can learn from the results of this new tool, called the “Prutection Score.”

During the survey of more than 5,000 full-time employees that Prudential used to establish the benchmarks for scoring, the data revealed that even with benefits the average worker could only provide 71 percent of “the financial needs for a spouse’s or partner’s lifetime and for children until adulthood.” The percentage was the same for covering monthly expenses “in the case of an illness or injury that resulted in the inability to work.”

The tool is designed to measure a person’s ability to face three key risk factors: 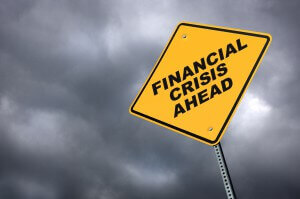 Prudential also broke the results up by key demographic categories. This data delivered some interesting results:

Or course, Prudential also factored in insurance. For example, those respondents who received disability coverage through their employers earned a benchmark score of 82 in their ability to cover costs associated with Illness/Injury, while those who didn’t get this coverage from their employer only scored a 56.

Take time to assess your own ability to handle these three key life events to see how much of the cost burden you could handle before you’d face financial distress. Then take steps to offset those risks – particularly by taking advantage of insurance and coverage options through your employer.

“Often people focus on and are satisfied with their paycheck earnings for their employer. They neglect to take advantage of key benefit options their employer may offer that can help cover the costs of these unexpected life events,” says Gary Herman, President of Consolidated Credit. “While it may feel like a waste of money to take income out of your paychecks for things like health insurance, life insurance, and disability coverage, having protections like these in place can save you and see you through if the worst should happen.

If you aren’t sure about the options you’re using or the options available, reach out to your Human Resources department. Ask about:

Not all employers offer all of the options above, but you may be eligible for all or some of these options in order to offset the potential financial burden of these types of major life events. Of course, each option you take will decrease the amount of net (take-home) income you receive in each paycheck. If you’re struggling with debt, reducing income may cause problems for your budget.

We can help. Call Consolidated Credit today at 1-888-294-3130 to speak with a certified credit counselor at no charge. You can also reach out through our online application and a counselor will be in touch to discuss your options.