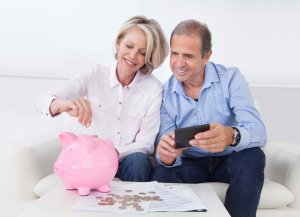 “Boomers might be slamming the door on more government assistance because of the national debt or they’re satisfied with Social Security as is,” says Joe Buhrmann, manager of financial security support at Country Financial. “The Boomers showed younger generations it’s never too early to save.”

Although boomers don’t want more help from the government, many could use it, as just 28 percent of 50 to 64 year olds said it is possible for a middle-income family to save for a secure retirement. Additionally, 38 percent of boomers said they had to delay retirement at least two years as a result of the financial crisis.

With that said, it is important that this generation, and those that will come after it, do everything they can to prepare for a successful retirement.

Pay off all your debt: One of the most important steps people can take to prepare themselves from retirement is to pay off their debt. Bringing credit card debt into the years after leaving the workforce can be detrimental.

Retirees no longer have a full-time income, so money from their nest eggs will have to go toward paying down debt. This could lead to them having to lower their standard of living, which isn’t ideal. If need be, people may want to seek out credit counseling services before retiring to help them work on a plan to ride themselves of debt.

Establish an emergency fund: Another important aspect of a successful retirement is having savings set aside for unexpected expenses. People who are aging can face numerous surprise medical scares, which can be costly. With an emergency fund, retirees could avoid having to dip into the retirement funds to cover unexpected expenses, such as hospital visits or car repairs.

Create a budget: In retirement, people will have a set amount of money they are able to spend each month. For this reason, creating a budget will be necessary. This step can allow retirees to avoid overspending on any expenses and stay on track to make their money last.

How Can I Save Money While I’m in Debt?

Saving money can’t wait for you to be debt free. We asked 18 experts for their tips on how to save money while you’re in debt, so you can start saving now...Read full article