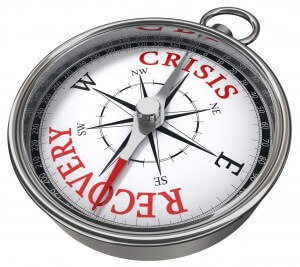 72,467 consumers filed for bankruptcy in August, and while that may sound like a large number, in reality it’s a 15 percent decrease from the number of filings made in the same month last year. At the same time, the quarterly debt report from the New York Federal Reserve showed loan and credit delinquency rates have decreased over the course of 2014 from 6.6 percent in the first quarter to 6.2 percent by the end of the second quarter in August.

Does this mean that the average American family is out of the woods when it comes to debt?

“These kinds of positive numbers can make it seem like it’s all smooth sailing from here – that we’re out of the recession and we don’t have to worry,” says Gary Herman, President of Consolidated Credit, “but in fact we saw a record number of enrollments in debt management programs in July.”

So perhaps Americans aren’t in the clear as much as they’re just getting better at finding solutions to avoid a worst case scenario when it comes to debt. After all, statistics show consumer borrowing is getting back to pre-recession levels. Even total credit card debt has recently jumped to a six-year high.

“Getting back to pre-recession borrowing levels is fine as long as you’re not repeating the same mistakes that caused us so many problems,” Herman continues. “As long as you have a strong financial outlook and savings in place, and the means to pay back that much debt, then there’s nothing wrong with going back to credit. It’s only when you borrow above your means that you run into trouble.”

5 tips to keep from repeating a bad credit history

Consolidated Credit offers these tips to help you avoid repeating the mistakes of the pre-recession era.