How changes to the FCRA could help consumers recover faster from past credit damage. 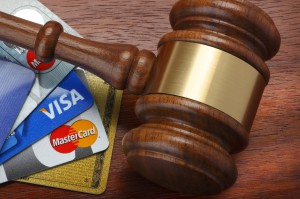 On Wednesday, Rep. Maxine Waters (D-Calif.) proposed a major overhaul of the law that regulates how information gets reported on consumer credit profiles. These changes would update and revise the 44-year-old law to help consumers who are struggling to establish and maintain strong credit profiles.

The Fair Credit Reporting Act is a significant piece of legislation for consumers, because it determines how information is reported and detailed in every consumer’s credit report. This report largely determines how successful a consumer can be at borrowing – whether they can get approved for loans and what terms and interest rates they can qualify to receive.

How these revisions could help you achieve better credit

All of the proposed revisions are being made in an effort to make credit reporting and scoring fair for all consumers. The current rules come with heavy penalties for past mistakes, many of which may be outside a consumer’s control.

For instance, medical debt is often generated in extenuating circumstances and reporting agencies themselves have found default on this kind of debt doesn’t directly correlate to the borrower being high-risk for default on other types of debts. The same is true of defaults and foreclosure on predatory mortgages issued prior to the real estate market collapse.

“Credit reports and credit scores are meant to help lenders predict whether a particular borrower will be responsible in paying a debt back,” says Gary Herman, President of Consolidated Credit. “However, in today’s financial landscape, many borrowers who are responsible but got caught in bad financial circumstances are unable to reach their financial goals because they can’t get credit.”

In that light, these proposed changes would have a significant positive impact for many consumers. However, as with any law, there may be unforeseen side effects as creditors and lenders attempt to protect their own interests.

Anticipating the backlash of new legislation

It can be difficult to predict exactly how a new law or revisions to an existing law will play out in the real world until it goes into effect.

For example, when the Credit CARD Act closed loopholes in credit card agreements with consumers and reduced issuer profits, one unanticipated result was that creditors increased transaction and swipe fees on merchants. As a result, merchants started instituting minimum purchase limits for credit cards and even gave incentives to cash-paying customers.

“It can be difficult to predict,” Herman admits, “but at a minimum I would think creditors may revise policies on collections and allowing consumers to settle outstanding debt if there would no penalty for doing so. The result could mean the debt settlement option may be taken off the table as an option for debt relief for most consumers, but we really won’t know until creditors have an opportunity to react to the law once it’s enacted.”