Consolidated Credit tells Telemundo: New credit report rules are long overdue, but one rule is more significant than the others. 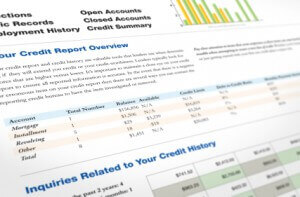 Credit reports seldom earn big headlines, but this week’s revelations that the three major credit bureaus were easing their rules made a huge media splash.

“Landmark Agreement Makes Credit Fixes Simpler” declared USA Today. “Disputing Credit Report Could Get Easier Under New Rules,” ABC News announced. Every major media outlet was responding to Monday’s announcement from Equifax, Experian, and TransUnion: They’ll all ease up on Americans who are trying to fix errors on their credit reports. Those errors can drive up interest rates on everything from auto loans to mortgages.

Telemundo, the nation’s largest Spanish-language broadcaster, visited Consolidated Credit’s U.S. headquarters this week to get consumer advice from Eric Ramirez, a certified credit counselor, on these new, easier rules. While they include more explicit instructions and less-confusing fine print, Ramirez pointed to one provision in particular that will save Americans millions of dollars and many headaches: “Medical debt that eventually gets will no longer count against you – and that’s a very big deal.”

Ramirez told Telemundo that medical debt is one of the two biggest reasons Americans call Consolidated Credit for debt advice. (The other is divorce.) Here’s what the new medical debt rules will change:

BEFORE: If you suffered a major illness and couldn’t pay the medical bills, that went on your credit report as a big negative – even if your insurance company later agreed to pay it off.

NOW: Medical debt won’t be reported for 180 days, which gives time for your insurance company – or you – to pay the bill.

BEFORE: If your medical debt was reported as unpaid and you or your insurance company alter paid it off, that information was still on your credit report.

NOW: If you have any old medical debt that that was eventually paid off, the credit bureaus will remove that entire entry – so the original debt essentially never happened.

How big is this problem? The Chicago Tribune has reported, “More than half of all bad-debt collections on credit reports are associated with medical bills, dwarfing all other categories of collections.”That means 43 million Americans could potentially benefit from these new rules.

“This new rule is huge,” Ramirez told Telemundo. “There were several new rules announced this week – from making it easier to dispute negative reports to ensuring unpaid parking tickets aren’t included on your credit report – but nothing will have such far-reaching impact as the medical-debt changes.”

If you’re facing crushing medical debt and don’t know where to turn, Consolidated Credit offers a free debt analysis and the latest advice on how to achieve financial freedom. Call 1-888-294-3130 now.

Hispanic Americans are often underserved by traditional banks, but many credit unions are stepping up to provide access to financial products...Read full article