The retirement specialists at MassMutual Financial Group conducted a study of retirement perspectives called the Health Wealth & Happiness in Retirement report. They surveyed over 900 retirees who were already in retirement and over 900 pre-retirees with one to 15 years lefts before retirement. All survey respondents were financial decision makers in their households, over the Age 40 with at least $50,000 in savings and investments. 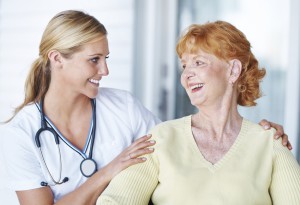 Retirees with fewer health concerns were generally happier and more confident in their ability to maintain financial stability during their golden years. In fact, concern about future health decline was the number one fear for all retirees – even those who were healthy when the survey was conducted. That coincides with the finding that most retirees encountered higher-than-expected healthcare expenses after they retired.

Those findings may seem like common sense, but the impact of health on happiness during retirement goes beyond just feeling better every day.

Those respondents in excellent health responded that they were:

Meanwhile, those in poor health:

Interestingly enough, the result seem to indicate that health concerns trump even asset and investment holdings in terms of making retirees feel good or bad about their prospects:

What’s more, while declining health seems to be a big financial concern for those in early retirement, the data also shows the average healthcare costs for retirees remain largely consistent as retirees’ progress through their golden years proceeds:

“It’s unfortunate to say, but medical costs can really make or break your retirement plans,” says Gary Herman, President of Consolidated Credit. “Treatment for major illness or ongoing condition that isn’t covered by your insurance can derail your plans even if you did everything you could to ensure stability during your golden years.”

Here are a few examples of medical costs can cause problems:

With all of this in mind, it’s important to take steps to ensure your finances are protected from medical scares. This means talking to your insurance provider to make sure you’re covered, as well as setting money aside to cover any expenses that may arise which won’t be covered. From the study data, it may be a smart move to have up to $5,000 in savings earmarked for medical costs so when those expenses occur, you aren’t faced with bills you can’t pay. This will also help ensure you have the best care possible throughout your golden years.

And of course, stress does nothing to help your health condition. If your retirement is at risk because of debt or medical costs that caused problems for your budget, we can help. Call Consolidated Credit today at 1-888-294-3130 to speak with a certified credit counselor or complete our online application to ask for help through the web.