How to overcome ownership challenges caused by student debt. 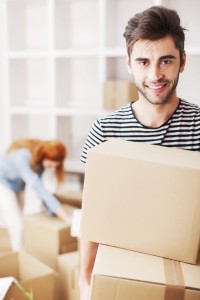 No one generation came out of the economic downturn in good financial standing, but perhaps none fared worse than the Millennials (18-29) – many of whom found themselves in employment limbo directly after graduation because jobs were so scarce. Given high student debt levels and limited job opportunities, it’s not surprising that so few Millennials have been able to achieve the dream of homeownership.

In truth, that’s not a drastic change for the market. Job advancement and salary increases have always been a key component of young consumers moving from property rental agreements to mortgages. Although the recession slowed housing growth, this kind of data seems to support a return to the norm.

What’s more interesting in the survey is the fact that Millennials feel like student loan debt shouldn’t be factored in when considering a consumer’s ability to finance a home effectively:

Why all debt is important on mortgage applications

While relaxing lending standards for student debt holders will make it easier for people with federal student loans to qualify for the mortgages they want, this won’t do them any favors. In truth, it will have quite the opposite effect. Young buyers would be approved for homes they really couldn’t afford. This leads to more defaults, foreclosures and bankruptcies.

“With good reason, debt-to-income ratio is possibly the most critical factor during the mortgage approval process because it assesses a borrower’s ability to afford their payments,” Herman argues, “If you don’t count a certain type of debt just because it will be easier to qualify, this inevitably means that many new homeowners won’t be able to afford all of their obligations. That’s not helping anything.”

Essentially mortgage lenders use a consumer’s debt-to-income (DTI) ratio to assess a borrower’s ability to keep up with their payments. If you have a DTI of 41 percent or less once the payments for the new mortgage are added in, then you get approved because the lender takes this as a sign that you’ll have the ability to make your payments.

Now consider if student loan payments weren’t counted during the application process. A prospective buy might have the 41 percent DTI needed to qualify, but once they got their mortgage and started making payments, they wouldn’t be able to keep up with their obligations once student loans are added in.

loanDepot asked their Millennial survey takers how many planned to own homes in the near future. One in three (35 percent) responded that they were working towards ownership within the next five years.

“If you want to be a successful homeowner, you have to do all three,” Herman confirms. “If you have the credit, but have too much debt, you won’t qualify. If you don’t have debt, but you also don’t have a down payment, you aren’t setting yourself up for success either.”

One key in paying down debt could be student loan consolidation. These types of programs allow debt holders to consolidate their federal student loans into a more affordable monthly payment. This will make it easier to pay down greater portion of your debt over the next five years, so you’re really ready to buy instead of barely skirting the line between loan approval and rejection.