More people are taking out home equity loans and lines of credit. Could they be putting themselves in danger? 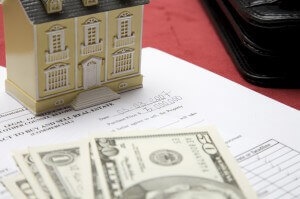 Homeowners are turning the equity of their homes into cash again, more so than any other time since 2008. The Wall Street Journal reported that lower interest rates and a better economy enticed them to borrow a massive $23.4 billion in home equity lines of credit (HELOCs) in the first quarter.

That sounds risky, especially with the housing market a bit shaky since the crash of 2007. The Journal writes, “Perhaps the greatest danger is that a drop in housing prices could leave homeowners owing more money on their properties than they would be able to sell them for in a pinch.” And if the market starts to crumble again, those who decided to take a loan or line of credit could face foreclosure or end up owing more than their home is worth, usually referred to as being “upside down. “

A home equity loan is basically a second mortgage, and you use your home’s equity as collateral – which means if you fail to pay back the loan you could lose your home. This loan has a fixed interest rate that varies from lender to lender, and a term of usually no more than 20 years. Rates also depend on your credit history and score. Most banks only give out these loans to consumers with high credit scores. Once you take the loan you get one lump sum of money. The interest you pay on this loan is usually tax deductible.

A home equity line of credit also uses your home as collateral, which, once again, puts your home at risk if you don’t pay it back. It works like a credit card. You don’t get one lump sum, you take out as much money as you need, when you need it. But you can’t take out more than the limit on the line of credit, and you only pay back the amount you borrow.

The interest rates are usually lower than a home equity loan, but they’re mostly variable, which means they can go up during the life of the loan. It’s important to research the cap on interest rate changes. Most lenders use an index, like the prime rate to decide how much to raise the interest rates. The Federal Trade Commission advises consumers to: “Ask the lender which index is used and how much and how often it can change. Check the margin — an amount added to the index that determines the interest you are charged. In addition, ask whether you can convert your variable rate loan to a fixed rate some time later.”

Gary Herman, president of Consolidated Credit, wants consumers to use caution when thinking about these two options.

“Taking out a home equity loan or line of credit is serious business,” notes Herman. “You can easily be forced into foreclosure by your lender if you don’t pay it off in a timely manner. And if the interest rates on your line of credit keep rising during the life of your loan, it could become impossible to keep up with the payment schedule.”

Herman believes consumers should investigate a number of lenders to see which one offers the best rates and terms. He also thinks a loan or line of credit should only be taken out for good reason – but those reasons are seriously limited.

Over a decade ago home equity loans and lines of credit were on fire. Consumers ate them up. They paid down credit card debt, added home improvements, paid for their kids’ college educations, went on expensive vacations and bought new cars. Then the housing market crashed and things turned drastically different.

Some of their reasons for borrowing on the equity of their homes were good, some not so good. Herman thinks many people just view it as free money and don’t really consider the negative impact it can have on their finances. “Too many people fall for the easy money,” says Herman. “They earned the equity on their home so they want to cash in on it. But it’s not free. The money has to be paid back with interest.”

There are very few good reasons to borrow on the equity of your home, says Herman. Maybe one is to pay for your kid’s college education. But the reasons not to far outnumber that, and they include:

Herman says that consumers should speak with an expert before taking out a loan or line of credit on their homes. Housing counselors not only provide advice on foreclosures and first time mortgages, they also impart valuable knowledge on loans. Do don’t act rashly when it comes to borrowing against your homes equity. Consult with a pro first.