Home » Financial News » Improve Your Chances of Getting a Mortgage

Are you creditworthy? If not, banks like JP Morgan Chase & Co. won’t lend you money. 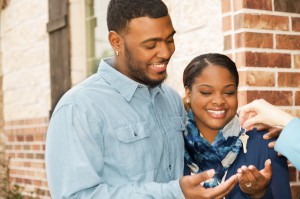 JP Morgan Chase & Co. feel like they’re being abused and they’re tired of lending people money that don’t pay it back. Even loans with collateral and loans generated under the Federal Housing Administration (FHA) program for first-time homeowners that the government guarantees against default, they’re still facing losses.

The reasons? For one thing, it’s becoming entirely too costly to foreclose on someone. The Chicago Tribune noted that in a Reuters interview Kevin Watters, chief executive of JP Morgan Chase’s residential mortgage banking business in New York said, “The cost to take a customer through the foreclosure process is just astronomical now.” One of the reasons for this high cost is the time it takes for the foreclosure process to play out.

RealtyTrac, a foreclosure data specialist company, crunched the numbers and the time to foreclose has skyrocketed:

Even government-backed loans aren’t safe according to JP Morgan. That’s because JP Morgan and the FHA have argued over the rules that govern these loans. The FHA believes that some of the loans the big bank gave out didn’t qualify for the insurance that guarantees payment on them. Chief Executive Officer Jamie Dimon said on a recent conference call that he was “frustrated when the bank settled with the FHA in February for $614 million for getting government insurance payments on loans that allegedly were not eligible for coverage.”

So now, JP Morgan is relying on a potential borrower’s credit score rather than what they can put up as collateral. And the better your credit score the more likely you’ll get a loan. There’s another important element to a healthy credit score, the interest rate.

“The higher your credit score the lower your interest rate on a loan,” says Gary Herman, president of Consolidated Credit. “A person who has a score of 740 will receive a much better rate than a person with a 640 score. The higher score tells the bank or other lender that your creditworthy, meaning you pay your bills on time and don’t skip or miss payments. If you have missed payments in the past or experienced other financial issues that lowered your score, it’s time to build your credit back up.”

Believe it or not, Quicken Loans is now the third largest mortgage lender behind U.S. Bancorp and Bank of America. Last year it did $25 billion dollars’ worth of loans in the fourth quarter. If you’re looking to obtain a mortgage, every lending source should be researched – bank and non-bank. But if you’re not financially prepared to take on the huge obligation of paying back a mortgage, or educated on the home-buying process, you should seek assistance.

Lenders and real estate agents will help you with finding a home and mortgage, but their focus is on selling you something – even if it’s not always in your best interest. When you speak with a certified housing counselor, your needs come first. Whether it’s homebuyer counseling or mortgage assistance, you’ll receive up-to-date information geared toward educating you on the process.

“It’s always best to have a neutral party on your side,” notes Herman. “That’s why speaking to a certified housing counselor is so helpful, they’re not out to make a buck on you. They want you to comfortably succeed at owning a home. If you’re not financially able to purchase the home of your dreams, they’ll tell you. Maybe you’ll have to settle for a little less, or develop better strategies for saving money. Either way, you’ll be confident in their professional advice.”

Is now the right time for a reverse mortgage? How does the pandemic affect how they work? Find out how COVID-19 affects the process...Read full article