As property value recover, HELOC use increases – but are risking another real estate disaster? 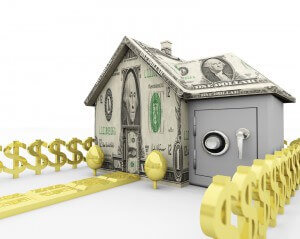 More home equity loans have been taken out in the first nine months of 2014 than in all twelve months of the previous year. That’s according to new findings by document preparation vendor International Document Services. They go on to say that if the current trend continues, the number of new loans originated this year will outstrip those originated in 2013 by around 65 percent.

Home equity loans – also called HELOCs for “home equity lines of credit” – are nothing new to the mortgage industry. However, they’ve haven’t been utilized as much in recent years due to the real estate market collapse in 2009. As property values fell, many homeowners simply didn’t have any equity available to use.

Now, as the market recovers and property values continue to climb, homeowners have equity available – and this increase in the number of HELOCs shows they’re willing to use it. Still, is this is a recipe for financial success or disaster?

“HELOC use was common before the collapse because people saw their homes as the perfect asset to borrow against,” says Gary Herman, President of Consolidated Credit. “The assumption was that property values would always continue to increase, but that bubble burst and showed us just how risky that assumption was to make.”

Following the market collapse, consumers who had borrowed against their homes in second and third mortgages such as HELOCs found themselves facing foreclosure. Herman points out, “At least part of the reason the collapse was so big and broad-reaching came with how much consumers were relying on their ability to borrow against their home’s equity, but that’s a risky crutch to use.”

Of course, this doesn’t mean that home equity loans can’t be used effectively in some cases. It’s just that any consumers who want to use home equity loans need to understand the risks – namely, that if things go wrong (either with the market or your own financial outlook) then there is a strong possibility that your home could face foreclosure.

“Just like any lending tool, home equity loans can be used effectively or abused badly at the risk of your financial stability,” Herman continues. “You just need to make sure that you’re borrowing for the right reasons and have the ability to pay back what you took out so you’re not putting your home at risk to have more money in the here and now.”

Is now the right time for a reverse mortgage? How does the pandemic affect how they work? Find out how COVID-19 affects the process...Read full article