Two studies show women may be important to Corporate America, but they’re not running it. 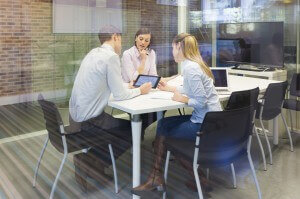 Although women may now be the driving force behind America’s workforce, they still struggle to reach the top. This may represent a challenge for families trying to achieve success, since in many cases the primary bread winner may be faced with salary caps and a lack of upward mobility.

The first report released in early November shows women have recovered 50 percent more jobs than they lost during the recession. Essentially, while job growth for men remains painfully slow and below pre-recession levels, job growth recovery for women has been much faster. Women matched pre-recession employment numbers more than a year ago in October 2013, while men are still lagging behind their pre-recession numbers.

What this means for the average American household

This presents a potential challenge for families in the U.S. who increasingly are depending on the woman of the house to take a leading role as the primary breadwinner. It’s a particularly troubling trend in households where the goal is to have one parent working while the other takes lead on raising children.

It may be easier for the woman to secure gainful employment, but reduced opportunities to move into leading roles means families may be faced with stagnant income gains. As prices and cost of living expenses continue to increase every year, households may find themselves stuck between a rock and a hard place, budget-wise.

“If women have to take the lead on breadwinning for their families, then they need to be able to achieve the same kind of upward mobility that men can achieve when they’re the primary breadwinners,” says April Lewis-Parks, Director of Education and Corporate Communications at Consolidated Credit. “Otherwise, we’ll continue to watch the middle class disappear or face a culture where both parents are forced to work full time to support the household instead of having the choice of allowing one parent to focus on raising children.” 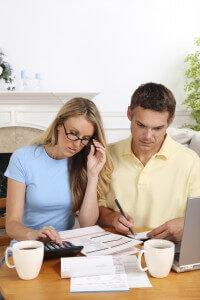 If you’re in a situation where your household is struggling to stay afloat because of reduced or stagnant income, Consolidated Credit offers these tips to help you achieve long-term stability:

Get a preview of this month's free holiday budgeting webinar from Consolidated Credit, then join us on October 14 at 1:00 pm (EST) to set a spending plan...Read full article