There seems to be two schools of thought when it comes to the rules guiding the Home Equity Conversion Mortgage (HECM). 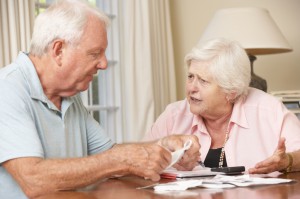 On August 4th new rules governing the HECM took effect, but there is a growing rift between mortgage professionals on how these rules will actually help senior borrowers over the age of 62. There are basically two points of contention, tenure protection for non-borrowing spouses (NBS) and who can borrow the funds under the HECM.

If this already sounds confusing, don’t worry – it is. Let’s try to clear it up a bit. Tenure protection protects the surviving spouse if the spouse who borrowed the money dies. In many cases only the older spouse would borrow the money because the older you are the more money you receive. So the older spouse usually becomes the lone borrower, but if he or she dies then the remaining spouse, under the old rules, would be evicted from the home. The new rules protect the surviving spouse, but there’s more to it, which we will discuss further down.

As far as the second point, only the borrower can take out the money on the reverse mortgage account. The NBS, although protected with tenure, cannot – even when the other spouse dies.

The pros of the new rule

As we stated earlier, one of the good things about this rule is the tenure given to the surviving spouse. There are some guidelines: Tenure is provided if the surviving NBS takes ownership of the property and is able to pay property taxes, and afford proper maintenance on the home and grounds.

Scott Norman, a board member for the Reverse Mortgage Brokers Association, told the Star-Telegram out of Fort Worth that, “This is good news for the industry. HUD should be applauded for this common sense rule.”

The FHA and HUD is also becoming more proactive, preventing deceptive schemes used by conniving lenders looking to steal the equity from the property of an elderly borrower. They do this by requiring reverse mortgage loan counseling with HUD approved counselors.

Gary Herman, president of Consolidated Credit gives this warning, “Reverse mortgages are not free money,” notes Herman. “One way or another these loans could cost seniors, especially if they’re not properly educated on the complications that can follow. That’s why counseling is so important.”

The cons of the new rule

Tenure protection is also a con, because it costs money. The elderly with younger spouses must, under these rules, buy protection for them. Self-proclaimed Mortgage Professor, Jack Guttentag, uses this example in an article on his website, regarding the cost. “The cost will depend on the NBS. As an example, the borrowing power of a senior at 80 married to an NBS of 40 will be reduced by 36 percent.”

The second con that Guttentag brings up covers the ability of withdrawing money. He writes, “While the NBSs have their tenure protected, they cannot draw funds under the HECM. Only the borrower can do that. A borrower in anticipation of death, however, can draw the full amount of any unused credit line…, which then becomes accessible to the NBS.”

The obvious danger here is that not everyone can anticipate their death. And if it happens suddenly, then the NBS seems to be out of luck. “There’s so much to think about before taking out a reverse mortgage,” says Herman. “Age, the amount of money you have for personal expenses, taxes and insurance. Just because you take out the loan doesn’t mean you’re free and clear of financial obligations.”

As stated earlier, the FHA requires counseling for anyone interested in a reverse mortgage. You can’t qualify for a loan if you don’t have the necessary certification. This may seem like a hassle, but it helps clear up the confusion associated with these loans. Martin Rubin, a certified housing counselor for Consolidated Credit, makes another valid point about counseling.

“As a general rule, counseling gives the borrowers a chance to speak with an objective person who isn’t trying to sell them anything,” says Rubin. “We’re not in a sales position, we’re in an educational position. We have no bias. We simply try to make sure potential borrowers know exactly what they’re getting themselves into.”