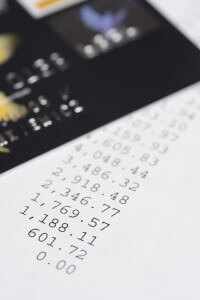 Overdraft fees can be the bane of your financial existence when you’re on a tight budget and struggling to stay afloat. You think you have just enough money left in your account, only to find that an automatic payment or a slight miscalculation has dropped your balance below zero.

In most cases, your bank is happy to allow you to drop below zero. They just take that opportunity to charge exorbitant overdraft fees – fees that often end up causing even more problems for your budget. How much you pay is largely dependent on your bank and the type of account you have. So you could pay less than $10 at some banks, but pay over $90 for the same overdraft amount at other banks.

It’s this kind of practice that has led the Consumer Financial Protection Bureau (CFPB) to view “overdraft fees as a form of short-term credit.” As a result, the CFPB may explore new regulations that standardize the unstandardized (and often unfair) world of banking overdraft fees.

Ahead of CFPB involvement however, some banks are taking the initiative to revise their overdraft policies. The idea is to limit the use of overdraft fees to generate revenue for the bank. Banks charged $32 billion last year alone. Adding the additional $7 billion in fees paid to check cashing companies that makes overdrafts a $39 billion business for financial institutions.

“It’s great to see banks reviewing their own policies ahead of the CFPB investigation,” says Gary Herman, President of Consolidated Credit, “because the current system certainly often only seems to add to the financial burden of families who are already struggling. When money is tight and every dollar counts, you can’t afford to be paying overdrafts at any level – let alone, the high recurring fees you see at some institutions.”

Consolidated Credit offers these tips to consumers who face consistent issues with overdrafts:

These tips can help you avoid tax fraud and protect your tax refund, including how to sign up to get a new Identity Protection PIN (IP PIN)...Read full article