Home » Financial News » Sales for new homes up in June

According to a government report, new home sales saw an 11 percent rise during the month of June. The estimated numbers show that sales of new, single-family homes amounted to a seasonally-adjusted annual rate of 384,000. The estimates were released jointly by the U.S. Census Bureau and the Department of Housing and Urban Development. The numbers may be a sign that government efforts to aid homebuyers are helping with consumers’ personal finances. “The evidence is clear that home buyers are taking advantage of Recovery Act tax incentives, declines in home prices and relatively low mortgage rates,” U.S. Under Secretary for Economic Affairs Rebecca Blank said. In May, the revised rate of sales for new, single-family homes was at 346,000. Though June saw a 11 percent increase over this, home sales compared to estimates from June of last year are 21.3 percent lower. Along with the numbers from the government, the most recent report from the Mortgage Bankers Association shows that mortgage applications have seen a seasonally-adjusted upswing of 2.8 percent.

New FICO Credit Score Changes: Some Will Soar, Other Will Crash

Learn how the latest credit score changes with FICO 10 will affect people who are working to pay off credit card debt, and those using consolidation loans...Read full article 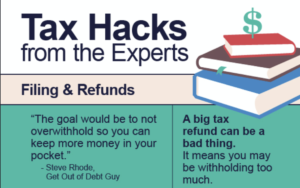 Hack Your Taxes With Our Tax Season Webinar

At Consolidated Credit, we don’t wait until April to think about filing taxes. We want to help you get your taxes done early, too. Filing early has some great benefits:… Read full article