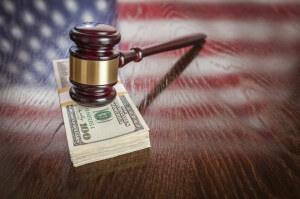 Rome Finance is the mother company of Colfax Capitol Corp. and Culver Capitol LLC, which were also part of the scheme. These companies set up operations in the form of kiosks close to military bases where they provided credit to people looking to buy computers, televisions and other electronic merchandise.

How the scheme worked

Gary Herman, president of Consolidated Credit warns military members against becoming complacent. “Military families have a lot on their minds,” says Herman. “Between PCS and deployment, trying to find the right housing, and normal day-to-day responsibilities – not to mention if a family member is sent to a war zone – it’s easy for military families to get distracted. That’s just what these rip off artists are banking on. They need people to sign without really understanding what they’re agreeing to do.”

Rome Finance deliberately broke rules and concealed essential information from its customers making it nearly impossible to detect the scam. The CFPB reported that Rome:

How to avoid scams

Unfortunately, some scams like this one are hard to detect. But Military.com created a few tips to help military members sniff out a scam:

Herman has additional advice he’d like to pass along to military members. “It’s also a good idea to take precautions when dealing with your personal information to avoid identity theft,” he says. “Don’t ever give out information such as bank account info over the phone or online. It comes down to being diligent about reviewing documents and checking your credit often, while doing what you can to keep your information protected.”