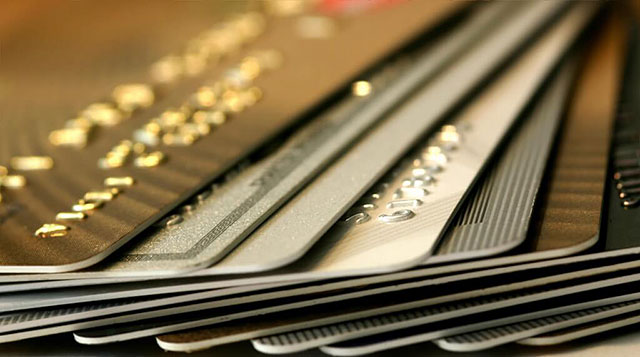 It’s no secret that credit card debt levels are rising in the U.S. Earlier this year, experts warned that if spending wasn’t curbed we’d hit $1 trillion in consumer credit card debt by the end of 2016. Unfortunately, the numbers from the second quarter of this year show there’s little hope of Americans putting a stop to the spending pace.

According to the personal finance website WalletHub, Americans added $34.4 billion in credit card debt from April to June of 2016. That’s the biggest second-quarter accumulation of debt since people started recording it in 1986. As a result, the expert at WalletHub not only support the $1 trillion end-of-year estimate, they believe “this trajectory will push the average amount owed by indebted households to a perilous $8,500.”

Credit card debt becomes unsustainable when payments get high enough that it begins to interfere with a household’s regular budget. Since credit cards are revolving debts, the required minimum increases as the balances go up. If you only owe $1,000 then your payments are around $25 so the debt is easily manageable in your budget.

On minimum payments for a credit card at 18% APR:

And that’s only if you stopped charging and concentrated wholly on paying off your debt. If you’ve become reliant on credit cards to cover gaps in your budget or you’re using credit cards to pay other bills, then it may be difficult to stop spending on credit.

The study was conducted by a data analysis company called Demos. Their senior policy analyst Amy Traub argued that, “Factors like education, value of assets to fall back on, insurance coverage and whether a household member has lost a job are among the foremost predictors of whether a household will accumulate credit card debt.”

“Low and middle-income households are often being put into situations where they have to make tough financial choices that they normally wouldn’t make,” agrees April Lewis-Parks, Financial Education Director for Consolidated Credit. “People know credit card debt can be harmful to financial stability, but sometimes it can’t be avoided when you face challenges.”

If you’ve had to make tough choices that have led to excess credit card debt that’s keeping you awake at night, call Consolidated Credit at 1-888-294-3130 or complete an online application to request a free debt and budget analysis from a certified credit counselor.