Think you have enough saved for retirement? You’re probably wrong.

TIAA is an investment firm, so it wants to know how much Americans are saving for retirement – and where they’re investing. Alas, TIAA’s latest study – called the 2016 Lifetime Income Survey – shows Americans don’t have enough income for their lifetimes. But they think they do. 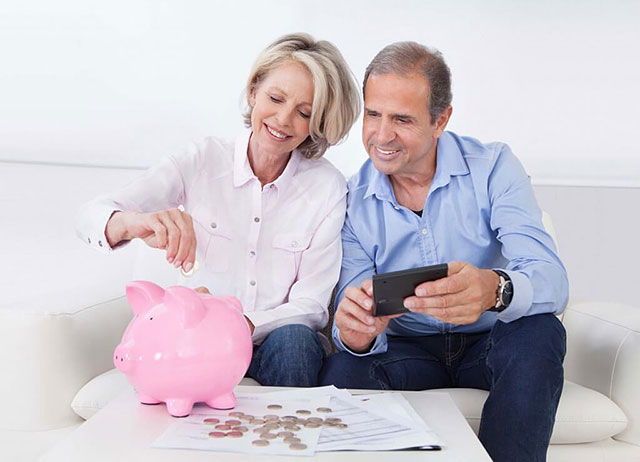 Despite a constant flow of bad news about retirement savings, TIAA discovered, “58 percent of American adults feel confident that they can successfully turn their retirement savings into income after they stop working.”

Where does that confidence come from? Nowhere.

“Fewer than half (46 percent) even know how much they have saved in their retirement savings accounts,” the study says, “and just 35 percent know how much monthly income they’ll have in retirement.”

Even given that ignorance, “Only 35 percent are concerned about running out of money in retirement.”

TIAA calls these “disconnects.” Here are some others…

Even worse, those who are saving for retirement have no idea how to invest it safely.

“Many people focus on how much they have saved, without considering how their savings will translate into income,” TIAA president Roger W. Ferguson says.

Consolidated Credit has made saving for retirement easier to understand with two helpful infographics: Retirement Checkpoints and The Secrets to Successful Retirement. Consolidated Credit president Gary Herman suggests every adult start there – but then look at your current debts as a way to save for your golden years.

“In every state in the Union, Americans are carrying an average credit card debt of more than $3,000,” Herman says. “When you consider the average credit card interest rate is over 15 percent, it’s stunning to think how much money you could save if you eliminated those bills.”

Getting rid of credit card balances seems a steeper climb than saving for retirement, but over two-plus decades, Consolidated Credit has helped millions of Americans slash their total credit card payments by up to 30 to 50 percent. Most of those Americans got started with a simple phone call to 1-888-294-3130 for a free debt analysis from a certified credit counselor.

“Imagine if you eliminated those crushing balances and invested that money each month in a retirement fund,” Herman says. “You’d be transferring money from the credit card companies to yourself!”