How many couples fight about money? The number might surprise you.

With Valentine’s Day fast approaching, what better time to ask happy couples how much they argue about money? That was the thinking of Fidelity Investments, which polled 1,000 couples nationwide and learned, “nearly half of couples argue about money.” 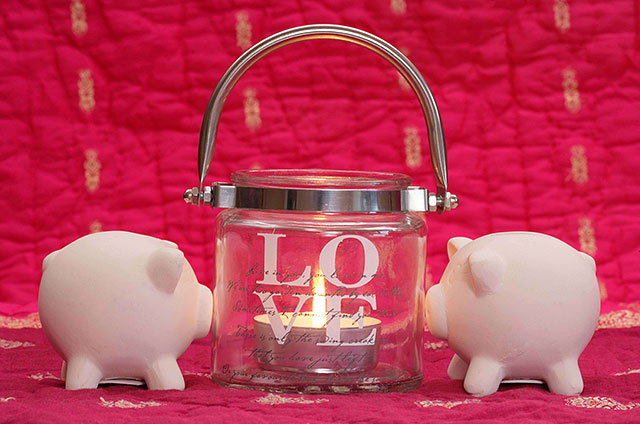 It seems 48 percent of couples argue over “spending habits,” “not saving enough money,” “bills,” and “debt.” While unfortunate, those numbers aren’t necessarily surprising – until you drill down on who those couples are.

Because Fidelity is an investment firm, it had an interest in polling “married or in a long-term committed” couples who “have a minimum household income of $75,000 or at least $100,000 in investable assets.”

Even though these couples are more affluent – the typical household earns around $53,000 a year – they not only fight, but “1 in 4 couple who argue say their spats are never resolved.”

So you can imagine the financial strains on couples who make less than $75,000 and have no money to invest because they’re in debt.

“Of all the strains on a relationship, debt is among the worst,” says Consolidated Credit president Gary Herman. “Unlike a single fight over, say, which family to visit for the holidays or what kind of car to buy, debt never ends, unless you take action. You can resolve those other issues and move on. Your debt? It doesn’t just stick around. It grows until you are committed to ending your relationship with debt.”

That’s why Consolidated Credit has answered the question When is the Right Time to Talk about Your Finances? Also check out The Debt-Free Wedding Planner. If debt is stressing your relationship to the breaking point, you can get immediate – and free – help by calling a certified Consolidated Credit counselor at 1-888-294-3130.