To live longer, Americans are willing to work longer.

While nearly half of American adults wished they started saving for retirement when they were younger, a new study says they’re now willing to save longer – seven years more than current retirees.

HSBC Bank says family and financial security are top priorities among “pre-retirees,” but most are financially supporting others – and one-third have stopped saving for retirement due to financial problems. 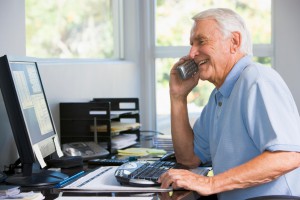 According to the study of more than 18,000 people worldwide, Americans are already planning on working longer than those in other countries. It turns out they also lean on family less than their global peers. Only 3 percent of American retirees rely on their children for support, while those in Hong Kong (41 percent) depend on their children’s help when they get older.

Despite the many financial responsibilities, HSBC says only 14 percent of working-age people haven’t started saving for retirement yet.

The circle of financial life

The older you get, the more likely you’re helping others with money. Most people over 70 are financially supporting others (64 percent) while the vast majority of those 25-69 years old are borrowing money, according to the survey.

It also turns out that American retirees believe cash savings are going to be a big contributor to retirement.

“Over half of retirees in the US are using cash savings to fund retirement (56%), the third highest amount globally,” the HSBC study said.

When is it time to downgrade?

For more information on how to enter retirement without the burden of debt, visit Consolidated Credit’s Debt-Free Retirement Guide so you can start making plans that allow you to reach your retirement goals.