Debt is a big business in the U.S. and if you’re like many, it could have you stuck. 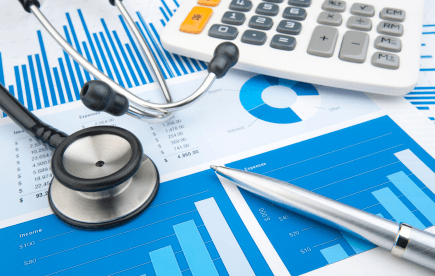 Personal debt is a major problem in the U.S. – particularly following the economic downturn when many Americans turned to using credit and/or payday loans to cover monthly expenses when their households were hit by reduced income and unemployment. While certain indicators show the market’s on its way up, Americans still face serious problems with debt.

How do you stack up when it comes to debt? Once you see where you stand, give us a call at 1-888-294-3130 so we can discuss options to help you pay down your debt and improve your financial situation. You can also have your debt evaluated using our Free Debt Analysis.

Credit card debt represents a big portion of our total national debt. It is also a major source of financial hardship for many Americans who struggle to pay their bills each month.

So what does this mean? Let’s say you have exactly the average credit card debt of $6600. You manage to get a balance transfer to a new credit card without any balance transfer fees at 12% interest – just below the national APR average right now. If you paid only the minimum payment which will start around $132, it will take you over 23 years to pay back your debt and you will pay $6144.87 in interest. At this rate, America is going to be in debt for a long time!

Rather than facing the daily hassle of your big credit card debts for the next several decades, beat the debt statistics and start reducing your debt now. With a debt management program you can get an interest rate around 6%-10% and most people are completely debt-free in 3-5 years. Call us to start a free debt analysis with your own personal credit counselor at 1-888-294-3130.

Credit card debt is only part of the picture when it comes to consumer debt in America. Total consumer debt in the U.S. is at $2.43 trillion as of May, 2011. Not surprisingly, this has caused serious economic fallout for many Americans.

Given the tough state of the economy Americans are now struggling to get their finances back on track. Particularly for families with credit card debt this can be a difficult journey. In many cases, you could take the next 20-30 years to pay back what you owe right now alone – and that’s if you don’t buy anything else on credit!

Instead of struggling for the next few decades to overcome your debt, there are solutions that can help you get out of debt in as little as 36 months. Take a Free Debt Analysis now to find out where you stand or call 1-888-294-3130 to speak with a professional credit counselor who can help you find the right solution to your debt problem today.