Consolidated Credit’s survey of nearly 63,000 clients found that debt-to-income ratio (DTI) levels are on the rise year-over-year for people seeking credit counseling. DTI is the measure of how much debt a person has relative to their income.

The average U.S. consumer DTI estimate is 32.3 percent, while for someone seeking debt relief it’s 43.5 percent –more than an 11 percent jump.  Washington D.C. had the highest level of 54.3 percent, while Arizona had the lowest overall DTI at 33.9 percent.  An interactive U.S. map showing state-level DTI percentages is available.

“We track the debt-to-income ratio of people calling for assistance, and we’ve seen that it’s rising in most parts of the country. In fact, in twelve states, the average consumer has a DTI over 45 percent by the time they call for help,” says Gary Herman, president of Consolidated Credit.

The results also revealed that people aged 20-29 who have called for counseling have a lower DTI of 38.4 percent, while the 50-69-year-old age group has the highest DTI ratio coming in at 45.4 percent. Additionally, men between the ages of 30-49 have an approximate 1-percentage point higher DTI over women of the same age, coming in at 44 percent and 43 percent respectively.

Herman advises that people should monitor their DTI to help prevent becoming overextended. A good rule of thumb is to keep your DTI at 36 percent or less.

Consumers with high debt-to-income ratios will be rejected for new credit lines, including debt consolidation loans, which many consumers use to pay-off high-interest rate debt. Most lenders require a DTI between 41 to 45 percent to be approved.

“People working on getting out of debt need to be proactive and start exploring options sooner,” continues Herman. “If someone has a debt-to-income above 36 percent, it’s time to get help. The sooner they do, the more options they’ll have to eliminate their debt.”

About: In 26 years, Consolidated Credit has helped over 6.5 million people overcome debt and financial challenges. Their mission is to assist families throughout the United States to end financial crises and solve money management issues through education and counseling. 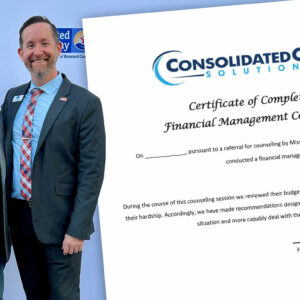 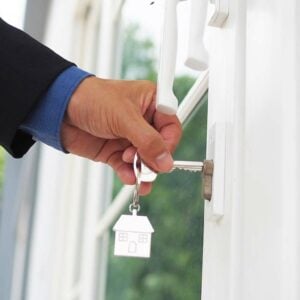