Compare debt relief programs so you can identify the best way to get out of credit card debt in your situation.

You might think that as a consumer credit counseling agency, Consolidated Credit would always advise against debt settlement. After all, we provide a “competing” debt relief solution – a debt management program. But the two programs are quite different and either may be the best solution, depending on your situation. So, we’re going to explain the differences between debt management vs debt settlement. That way, you can find the best way to get out of debt based on your situation, needs, and goals. 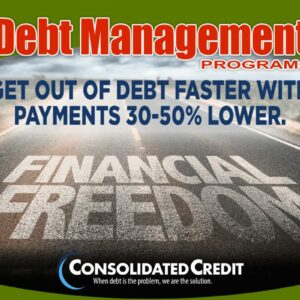 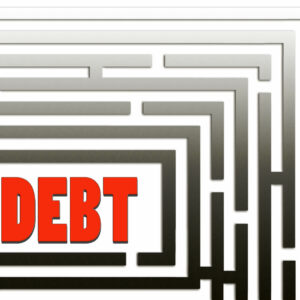 How to Manage Debt 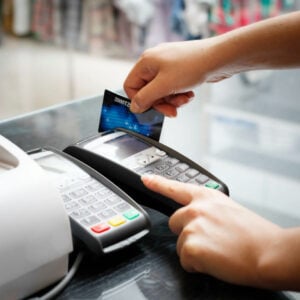 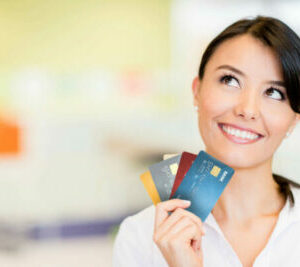 There are eight key differences between debt management and debt settlement.

The first key difference between debt management and debt settlement is how much of your debt you repay. Debt management pays off the principal in full. That means you pay back every charge that you made. For some people, that’s a commitment that they want to keep.

On the other hand, debt settlement only pays back a percentage of what you owe. You pay off a percentage of the principal and the creditor agrees to discharge the remaining balance. This can be a relief if you owe so much that you’re overwhelmed with the idea of paying everything back.

When you settle a debt for less than you owe, creditors report the debt as settled-in-full to the credit bureaus. This creates a negative remark in your credit report that sticks around for seven years. Each debt you settle through a debt settlement program equals one more hit to your credit score.

#3: Minimizing rates vs rates are irrelevant

A debt management program works by negotiating with creditors to reduce or eliminate interest charges applied to your debt. Creditors also agree to stop penalties, including penalty APR. This allows you to get out of debt faster, even though most people who enroll pay less each month. But in most cases, you usually end up paying some interest charges.

Conversely, rates are a non-issue when it comes to a successful debt settlement agreement. You only pay off a portion of the principal, so rates never come into play. However, if the debt is still with the original creditor, then rates and penalties continue to stack up until the creditor agrees to a settlement offer.

#4: Fees for hardship vs fees for profit

Most people enroll in a debt management program through a nonprofit consumer credit counseling agency. That means these agencies provide programs with the lowest fees possible to help consumers that are struggling. Setup and monthly administration fees are based on financial hardship and rolled into the monthly program payments. They’re also state-regulated and capped nationwide at $79, so you’ll never pay more than that.

By contrast, debt settlement fees are regulated by very few states. The only federal regulation prevents settlement companies from charging fees upfront. If you don’t live in one of the few states that caps settlement fees, they average around 20-25% of the original amount enrolled for settlement.

#5: Paid as agreed vs paid to the settlement company

With a debt management program, you still owe your original creditors. You make one monthly payment to the credit counseling agency, but they distribute it to your creditors on your behalf. Creditors agree to accept a reduced amount, but you’re still paying them every month. This is how you build a positive credit history because the payments get noted on your credit report. The payments are based on your budget and generally lower than what you pay individually before you enroll.

One misconception with debt settlement is that you’re instantly freed from making any type of monthly payment. You’re not – unless you happen to have the money for the settlement just sitting around. If you don’t, then the debt settlement company will advise you to stop making any payments to your creditors. Instead, you divert the money into a monthly set-aside account to generate the funds for a settlement. But you still pay each month.

Both debt relief programs help you pay off debt faster than you could with traditional payment methods. But the speed at which they do it differs.

On average, people who enroll in a debt management program complete it within 36 to 60 payments. That’s between 3 to 5 years to become debt-free. The average completion time for a debt settlement program is shorter – between 12 and 48 months.

Traditional payment methods (especially if you only make minimum payments) will take decades to take significant credit card debt back. If you owe $10,000 at an average APR of 18%, it will take 24-28 years to become debt-free. The variation depends on whether your minimum payment is $15 or $25.

Both programs also help you save money versus traditional monthly payments. However, debt settlement is almost always the cheapest option. It’s the best way to get out of debt for the least amount of money possible.

#8: Approved by creditors vs contingent on negotiations

When you enroll in a debt management program, each of your creditors agrees to accept payments through the program. They agree to this before you ever make your first payment. In other words, you get creditor approval prior to starting your payments. As long as you follow the program, your creditors will be happy, and you’ll be out of debt as planned.

By contrast, results aren’t guaranteed with debt settlement. You stop making payments to your creditors and they don’t give you permission to do so. So, penalties and interest charges continue to stack up on debts that aren’t in collections. And there’s no guarantee that once you have the funds to make a settlement offer that the credit card company will take it. They can reject your offer and refuse to play ball. That can back you into a corner where your only option will be to file for bankruptcy if settlements don’t go your way.

Each debt relief program has its advantages and its drawbacks.

When is debt management the best debt relief option?

Debt management programs are designed for people who still have something to lose when it comes to their credit. Debt management is the best choice when:

It takes more time, work and money to complete the program versus settlement. But you’ll be in a much stronger position moving forward after you become debt-free. Your credit score will still allow you to qualify for the financing you need, and you’ll enjoy lower interest rates.

When is debt settlement the best debt relief option?

Debt settlement programs are for people who just want out of debt as quickly as possible for the least amount of money. It’s usually the best choice when:

As the saying goes, you can’t fall off the floor. So, if your credit already hit rock bottom, you don’t have any further to fall. And if your debts are already in collections, you don’t need to worry about extra interest charges and penalties when you stop payments. Debt collections can’t levy additional penalties or interest charges on credit card debt.

There’s also less risk if the negotiation fails. If a collector refuses to accept a settlement offer, they can either take you to court or try to harass you into paying more. You can choose to fight them in court or try to wait out the 10-year clock on the statute of limitations for collecting a debt.

Get a  free consultation to find the best debt relief programs for your needs, budget, and goials.