“How Could I Let This Happen to Me?”

Before Luis could solve his debt problem, he had to wrestle with a personal problem

Getting out of debt isn’t just about money. It’s about psychology. Luis learned that the hard way. He ran up big credit card bills, but he was embarrassed to admit that to anyone – even himself.

Luis had a running battle between his wallet and his brain…

“I thought to myself ‘I’m educated; a professional. How could I let this happen to me?’ I had an internal battle before I made the decision to seek assistance. I even negotiated with myself as to how I would explain my dire financial position during the call.”

Luis says he deeply researched four nonprofit agencies and chose Consolidated Credit because, “I found the information presented online to be transparent, the testimonials were believable, the rating is impressive, and the company’s history of assisting people like myself was reassuring.”

He filled out a form on Consolidated Credit’s website and quickly received a call.

“I didn’t answer it,” he says. “I was afraid of being judged for the lack of financial restraint that had led me to that call.”

Finally, he forged ahead.

“I remember saying to myself ‘It’s now or never,’ so I called back,” he says. “I was greeted in a friendly manner with no judgments and a simple yet comforting, ‘We are here to help you get in control again.’”

“I was skeptical. I’ve heard and read so many horror stories from people who, like myself, were experiencing difficulties making ends meet and — after seeking assistance from a debt management company — they were worse off than before.”

Consolidated Credit eased his worries — and his debts…

Right away, Luis bonded with his certified credit counselor.

“We worked on creating a budget for my income and total expenses. He explained in detail how the program works. He continuously asked, “Do you have any questions?” The whole qualifying process was seamless and stress-free. After signing up, my monthly credit card payments were reduced by nearly 30%! For the first time in months, if not years, I’m seeing the balances of my credit cards go down!”

Luis recognizes the psychological impact of these numbers. They’ve given him a “measure of control” and returned some self-confidence.

“This has helped me stay out of further debt, which is the cycle most people who experience financial problems cannot seem to avoid,” he says. “It’s really a bad cycle.”

Luis broke that cycle. Will you?

Get the support you need to get out of debt and take control of your finances. Talk to a certified credit counselor today. 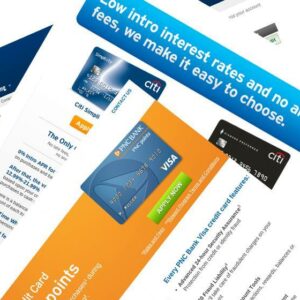