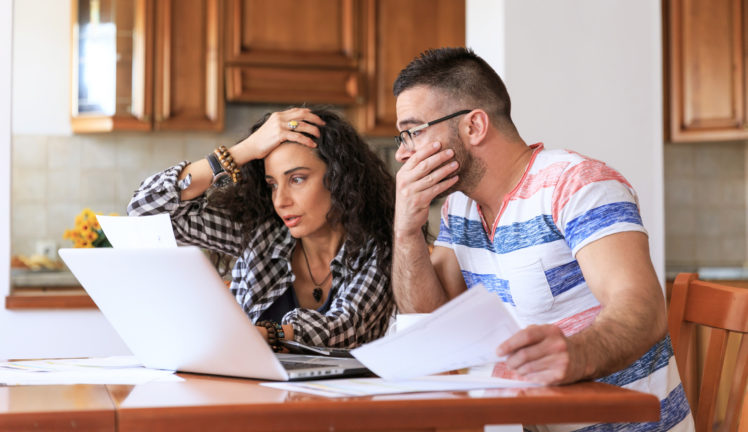 Family should be there to support you and vice versa, but when it comes to real money changing hands, that support can get a little dicey. Maybe you want to help when you see a family member struggling. Maybe someone close to you needs assistance starting their small business. Or maybe a friend just fell on hard times and ask you to help. No matter the case, you don’t want to put your own financial stability at risk. You also don’t want that loan to become a wedge that divides you.

Loans to family members can certainly offer advantages in bad situations – you’re hardly going to run a credit check on a sibling who needs cash – but they need to be executed carefully and spelled out ahead of time, so everyone is on the same page. While it may be uncomfortable, the more you talk about things like terms and repayment up front, the less likely you are to have conflicts on the other end.

The tips below are designed to help you navigate loans amongst friends or family to minimize conflicts and potential issues with repayment. If you’re struggling financially or have a family member who is, we can help. Call 1-888-294-3130 to request a free, confidential debt and budget evaluation from a certified credit counselor. With the right financial solution, you may be able to eliminate the need for a loan entirely.

How will my friend or family member pay me back? Can I give an interest free loan to a relative?

Loans to family members need to be spelled out in detail. Slinging a family member a few hundred bucks with a promise to “pay you soon” is the perfect way to ensure you don’t get paid back. It can also potentially damage your relationship with that relative. Instead, before you ever hit the ATM or pull out your checkbook, you need to sit down and talk about the loan.

As much as it might be easier to not discuss these topics, doing so is key to keeping a happy family in spite of debts owed. You want to nail down nebulous responses like, “I’ll pay you with my tax refund after April.” Things like this have the potential to cause problems because (1) your relative doesn’t know how much they’re getting back and (2) they may already be promising to use that money elsewhere. Also be sure to discuss the final question about interest rates. As you will see in Step 3, a zero-interest loan may not be the best idea. 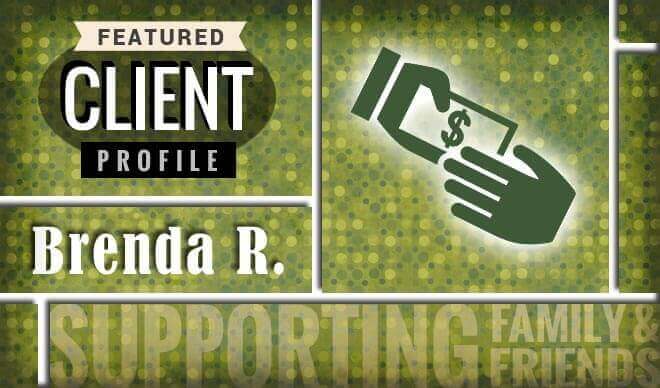 When her grandmother fell ill, Brenda stepped in to cover her bills and ended up with $40,000 in credit card debt. Learn how she regained control.

Step 2: Review your own finances to see if it’s feasible

Can you afford to make a loan to family? Would you be okay if you never got paid back?

Once you know the amount they need and how long you’ll have to go without that money, it’s time to go back and review your own budget to see if it’s really reasonable to loan the money.

The old adage, “Don’t loan money you can’t afford to lose,” should be at the forefront of your mind. Ideally, you only want to loan money to a family member if you’ll be perfectly fine if they never pay you back.

Step 3: Decide how serious the loan will be

Depending on the amount needed and the situation, you may consider asking for some kind of security or collateral to ensure you get the money you loan back. You may also decide to charge interest in some cases, particularly on any large sums that the IRS would expect you to note in income tax returns. Large sums of cash may be considered a gift and you could be taxed for the amount given.

Collateral and security should be discussed upfront and be comparable to the amount of money being loaned. It also shouldn’t leave the borrower in a bad situation where they make their own situation worse just to make you feel more comfortable about giving them money. If you take something for security that’s priceless to that person for sentimental reasons, or something they need to live like a driver’s license or car, you’re setting yourselves up for fights if they deal goes south.

Every month the IRS puts out a table that outlines Applicable Federal Rates (AFRs). These establish interest rates for loans between individual parties. These are, of course, much lower than interest rates obtainable through banks. You can use this information to set a reasonable interest rate on the money borrowed.

For instance, if you gave a family member $5,000 in September 2019 and it’s supposed to be repaid monthly on a mid-term loan, the AFR applied would be 1.76%. All money received from that interest rate being applied would then be claimed on your income taxes.

If you don’t charge any interest, you could end up paying the taxes on the interest rate the IRS expected you to charge. Just be careful that the IRS doesn’t consider your loan a gift. There are different rules for deductions and tax claims related to gifts than there are for loans. If you get audited and can’t prove the money was a loan, you could find yourself stuck with tax debt and/or penalties to pay; the IRS website has some good information regarding gift taxes.

How do I make a loan between family members official?

Once you’ve nailed down the terms, any interest rate you want to apply and a detailed repayment schedule, you need to put everything in writing in the form of a promissory note, which also includes a promise to pay back the loan. This can’t be reiterated enough – the written loan is there to protect the borrower and lender in case issues arise later. It keeps both parties on the same page when it comes to repayment because there are set terms that were agreed to in advance.

Even if you have to go to small claims court to settle the debt that’s owed because the borrower doesn’t pay, the written loan will make the court appearance easier on you and less stressful on the family as a whole. Just remember, even an open-and-shut court case is still going to cause friction and tension in the family. So, if the borrower doesn’t pay, it’s up to you to decide whether you want to pursue the matter or not.

A final note on cosigning

When a family member is struggling and you want to help, you may be tempted to cosign a personal loan for them instead of lending money yourself. However, this is actually the riskier option for your own financial stability rather than just giving them the money outright.

If your family member fails to pay, then you’ll be on the hook the lender – and remember that commercial interest rates are much higher than the AFR you would have charged. You’ll also be faced with all of the penalties tacked on, so you’ll often wind up paying significantly more than if you’d just lent the money yourself.

That’s not to say you shouldn’t cosign or should loan money you don’t really have to give just to avoid cosigning. But it’s another important point to consider as you’re weighing options when a family member needs help. 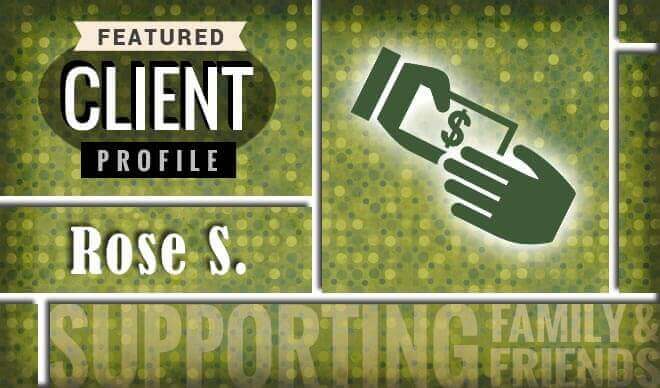 Parents often get into trouble with debt because they overextend when helping adult children get established. Here’s how we helped Rose out of debt.

Other options for helping family with money

A loan isn’t the only way to help out a friend or family member when they need money. Here are a few other methods you can use:

Adding an authorized user on your credit card

If you have a friend or family member that needs help covering expenses, adding them as an authorized user on your credit card is an option, especially if they don’t have a credit score that would qualify them for their own card.  You can also use your own credit card to make the purchases your family needs, but be careful that you don’t end up in debt. If you add them as an authorized user, make sure to set boundaries for how and when they can use the account. You may want to write these terms out, in case there’s any trouble later.

Giving the money as a gift

If you have the means and you don’t want to deal with interest and tax implications, giving your family member money as a gift instead of a loan may be a good idea. But how do you avoid gift tax? As of 2019, as long as the amount is less than $15,000 per recipient, it won’t be taxed.

Your family member could be in need of money because they are deep in debt. They want to do the right thing and pay it all off, but they just don’t have the funds. It’s a big deal for them to recognize the seriousness of their situation and ask you for help. However, credit counseling may be a better and more organized solution for them. They can stop looking for quick-fix solutions like asking family for help, and find a long-term solution that will help them regain control over their finances.