5 reasons why women hold two thirds of all student loans in repayment. 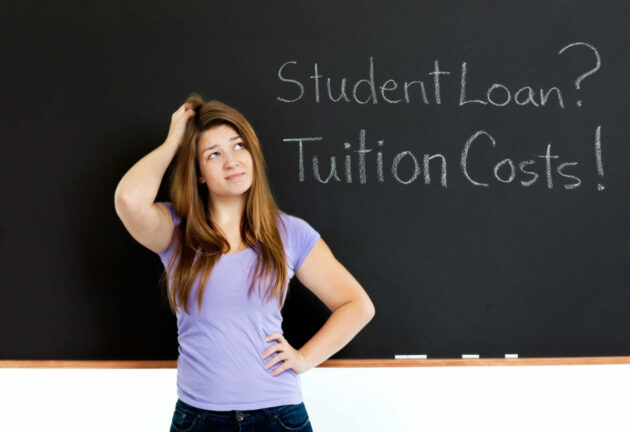 Student loan debt in the U.S. now totals nearly $1.5 trillion. However, a new report from the American Association of University Women finds that the burden is hardly equal between men and women. Women hold more student debt than men. In fact, they owe about $1 trillion of the $1.5 trillion total because they hold two thirds of the debt owed.

So, why do women hold more student debt than men? Is it simple inequality or something more? The CNBC report explores five reasons why student loans present a greater challenge for women versus men.

#1: They don’t understand financing as well

America is not the country you think of when it comes to favoring a child based on gender. But a T. Rowe Price study found that households with girls were less likely to save than those with boys.

One of the reasons women hold a larger share of student debt has nothing to do with gender inequality. Women have more student debt because they are more likely to go to college. Women now hold 56% of the Bachelor’s degrees. So, if more women are pursuing degree than men, it makes sense that they would have more debt.

The challenge that women face is that even though they are more likely to hold a degree, they also likely earn less than their male counterparts. Women still only earn 81 cents for every dollar earned by a man. Women who are also minorities face an even bigger pay gap.

A degree helps you increase your wages, but it also means that you most likely take on debt. but if you don’t earn a comparable salary to a man in the same position, it naturally follows that women will face a bigger burden from their student loans.

The AAUW also found that 34% of all women and 57% of black women repaying student loans were unable to cover basic expenses over the past year. This means that women are more likely to seek deferment and enroll in hardship-based repayment plans. That means more interest charges build during their repayment period, increasing the total cost to get out of debt. As a result, it can take longer to eliminate the debt.

Hardship based repayment plans help struggling borrowers to match their payments to their income and family size. This is especially useful for single mothers who pursued their degree. However, these plans can extend the term of repayment to 25-30 years. So, women stay in debt longer because they often have other expenses that they need to cover.

What Women Can Do to Get Ahead

“Women often need to put more focus on becoming good money managers,” explains April Lewis-Parks, Financial Education Director for Consolidated Credit. “But the good news is that studies have found that women to be better at managing the household finances. They’re more likely to maintain an accurate budget and build cost-saving habits like couponing.” 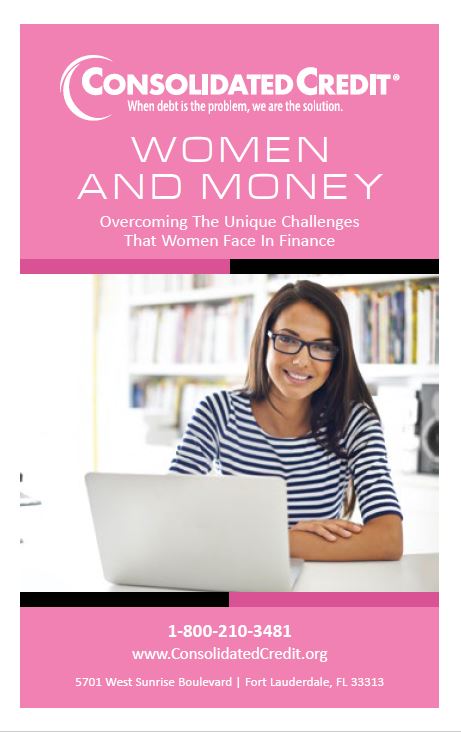 Women face unique challenges when it comes to personal finance, from overcoming a wage gap to caring for family while balancing work. This booklet offers guidance to help women meet these challenges head-on and succeed. You can find more tips in our online financial guide for women.

“However, women need to take time to understand more complex financial challenges, like student loan repayment,” Lewis-Parks encourages. “The more you understand things like financing, interest charge accrual and debt management strategies, the less intimidated you’ll be to seek out the solutions you need.”

Part of the challenge that any borrower faces is that student loan relief options aren’t exactly easy to understand. There are nine different repayment plans, two types of consolidation loans and several paths to student loan forgiveness – and that’s just for federal student loans!

“Most people haven’t heard of any of these solutions until they really need to use them,” Lewis-Parks says. “And although loan servicers are required to give out information about relief to borrowers who are struggling, you often must ask first. So, it’s really up to you to research relief so you can find a solution that allows you to take control.”

Consolidated Credit offers a free guide to student loan debt consolidation to help you find solutions. We also have a special section of our website dedicated to helping women at all financial life stages. Finally, if you’re carrying credit card debt in addition to your student loans, finding credit card debt relief could give you the breathing room you need to make student loan repayment easier. Use the form below set up a free debt and budget evaluation with a certified credit counselor.