Home » Ask The Experts » Can I Negotiate Pay for Delete on Debt Collections?

Can I Negotiate Pay for Delete on Debt Collections?

I’m negotiating with a creditor regarding a couple of accounts I have with them. I know that “pay for delete” is a valid route, but they are telling me that they cannot remove a debt, but that they can report it as paid with zero balance, and after that change, I can dispute it with the reporting agencies. Is it valid that way?

This is a great question and it’s good to hear that you’re taking steps to get your finances in order and take care of these collection accounts. Unfortunately, I don’t think what the collector is suggesting will work. The credit bureaus are unlikely to remove the paid collection account if it was legitimately incurred. They will only remove an item from your credit report if that item cannot be verified as accurate.

Why pay for delete rarely works for debt collections

Pay for delete is a relatively old practice in the debt collection world. In exchange for full or partial payment, the collector agrees to remove a collection account from your credit report. In theory, that eliminates the credit damage caused by having that account on your report. You get immediate relief instead of having to wait seven years for the account to fall off your credit report after the penalty expires.

The problem is that this practice technically violates federal law under the Fair Credit Reporting Act. That law requires that a consumer’s credit history must be reported accurately, for better or worse. The credit bureaus are required to ensure consumer reports are accurate. An item can only be removed if it’s an error or mistake.

How long should a collection account appear on your credit report?

A settled collection account that is incurred legitimately is not a mistake, even though it’s negative. Thus, by law, it’s required to be reported accurately. It should, by the letter of the law, remain on your credit report for seven years from the date the account became delinquent.

If the collections you have are from credit cards, then the seven-year clock starts from the date the original credit card account became delinquent. Credit card companies usually wait 180 days (6 months) before they charged off an account and sell it to collections. You can look at your credit report to note the month and year that the first payment was reported as missed.

If you settle an account for less than the full amount owed, the balance should also be reduced to zero. The status of the account will indicate that it is settled or settled in full.

Since pay for delete technically skirts a legal line, debt collectors will rarely agree to it directly. If they do, they typically won’t put it in writing.

The reason is that if the credit bureaus were to find out that they were removing accounts that were legitimately incurred, it would violate the FCRA. The collector could lose access to all consumer reports as a result. Since that would hurt their business, they’re typically not willing to do it.

On the other hand, debt collectors want a consumer to pay the debt. That’s how they make money. They buy bad debts for a percentage of the balance that’s owed. As long as the consumer pays more than that amount, they make a profit.

So debt collectors often say things to string a person along to get them to pay. In your case, Dustin, the collector is telling you that you can just pay them and work it out with the credit bureaus later. You pay, they get their money, and then when you try to get the account removed later it almost certainly won’t work. But you’ll have no recourse to get your money back.

In other cases, the collector may agree verbally to remove it and it may even temporarily disappear from your credit report. However, it may reappear later. Again, if this happens, you won’t be able to dispute it, because the collection account is accurate.

In some rare cases, pay for delete may work. The collector may agree to it, the account may be removed and you may never see it again. If this happens, consider yourself lucky, because it’s the exception and not the rule.

Should you pay even though the collection account will remain?

Now that you know that pay for delete is iffy at best, you need to consider what you want to do about your collection account with pay for delete off the table.

First, you need to confirm a few things:

A debt collector must provide proof of the debt, who owns it, and show their legal right to collect. If they haven’t, you need to request a debt validation letter before you do anything else.

If the debt was a credit card, the original account should show a zero balance and the status should be charged off. The debt validation letter will also tell you who owns the debt. If the collector doesn’t own the debt, you should be negotiating with the original creditor instead. For a medical debt, you may want to call the original service provider to negotiate.

Collectors only have a set amount of time that they can sue you in civil court over a debt. If the debt has passed that time limit, then the collector can still bother you, but they can’t sue you. In this case, you may be better off simply telling them you no longer wish to be contacted.

If the collector owns the debt, it’s within the statute of limitations, and they provided proper validation, then you can decide what you want to do. A paid collections account can still negatively affect your credit score, but it will at least show up on your credit report as paid. What’s more, you can stop the stress of dealing with the collector. 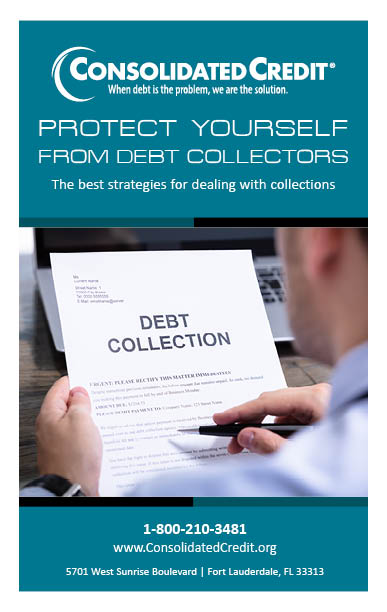 Having debts in collections is extremely stressful. It’s important to understand your rights under the Fair Debt Collections Practices Act and other state laws. This booklet teaches you the right way to deal with debt collectors, so you can minimize financial stress and address the financial challenges that collections cause the right way.

It may also be helpful to talk to a certified credit counselor for a free debt and budget evaluation. The counselor will help you work out a budget, so you have a better idea of what you have the means to do.

Call (844) 276-1544 to receive a free debt and budget evaluation from a certified credit counselor.