Congress has passed another landmark $1.9 trillion relief package to help Americans recover from this financial crisis. However, a technicality in the way the 2021 American Rescue Plan Act was passed has left consumers open to having stimulus checks garnished. Without the protections offered by the two previous rounds of Economic Impact Payments, collectors could take the money people need.

The Coronavirus Aid Relief, and Economic Securities (CARES) Act passed last March was passed by a two-thirds majority vote in the Senate. So was the second round of stimulus.

With this round, Democrats knew that they did not have the support of Republicans. In other words, with the Senate split 50-50 between the two parties, Democrats could not pass the bill using traditional means.

To get the bill passed quickly, Democrats used a special law-making tool called budget reconciliation.[1] This only requires a simple majority vote to pass in the Senate. However, budget reconciliation has specific rules on what Congress can and can’t include in the bill.

It meant that Democrats could not include the $15 mandatory minimum wage in the bill, which garnered big headlines. But another thing that couldn’t be included is the lack of full garnishment protections for stimulus checks.[2]

Yes. Unlike the previous two rounds, there are no built-in protections that prevent garnishment for this latest round of stimulus. The previous checks were fully protected, but this one is not.

That means collectors that have received a court judgment in their favor could potentially garnish your stimulus check. If a collector already has ACH access to your checking account, the risk of them taking your funds is even greater.

“Congress gave Americans this money because it’s critical for many households to cover bills and essentials,” says Gary Herman, president of Consolidated Credit. “However, they’ve left people open to having that money taken to pay off old debt that’s already in collections. That’s a huge risk and consumers may lose big as a result.”

For most debts, a debt collector needs a court order to proceed with any garnishment. The collector must sue you in civil court and win a judgment against you. This gives collectors the right to force repayment through actions such as wage garnishment.

In certain circumstances, you may not even be aware that the collector has received such a judgment. For example, if you received a court summons and either ignored or didn’t respond promptly, the collector may have received a default judgment against you. In this case, you’d also be open to stimulus garnishment.

Certain debts do not require a court order for garnishment. This includes:

The good news is that the bill did include protections for all these types of debt. The IRS states on their website that, “Under the new law EIP3 [Economic Impact Payment 3] cannot be offset to pay various past-due federal debts or back taxes.”

What’s more, since federal student loans are still in automatic deferment, there’s little risk of garnishment there either.

However, this still leaves private debt collectors who already have civil court judgments free to garnish at will. This could be for past-due credit card debt, medical collections, and utility arrears. State tax offices are also not barred from garnishing your wages—only the IRS.[3]

More changes to the third round of Economic Impact Payments

The lack of garnishment protection isn’t the only thing that’s different about this latest round of stimulus—also known as an Economic Impact Payment or EIP.

One thing that has not changed is that you can still look up the status of your EIP using the IRS Get My Payment Tool.

“The best protection consumers can get against collection actions like garnishment is often to get a debt relief plan in place,” Herman explains. “And it doesn’t have to be as extreme as declaring bankruptcy to get an automatic stay that protects against things like garnishment. As long as collectors and creditors know that you’re working to pay them, they will be less likely to take aggressive action such as garnishment.”

One debt relief solution that can help is credit counseling. A certified credit counselor can help you enroll in a debt management program. This can consolidate credit cards, other unsecured debts, and collection accounts into an affordable monthly repayment plan.

The benefits of a debt management program

When you enroll in a debt management program, creditors and collectors agree to accept payments through Consolidated Credit. This means they have a formal plan in place that shows when they will get paid. As a result, they are less likely to sue you in court or pursue other collection actions, such as garnishment.

“Collectors take actions like civil lawsuits and wage garnishment when they believe that’s the only way that they will get paid,” Herman says. “Enrolling in a debt management program shows creditors and collectors you’re serious about repaying your debt. If they know they’re going to get paid, then you’re less likely to face these severe measures.”

A debt management program can also help minimize some of the other negative effects that can bring. For example, most creditors agree to bring past-due accounts current after three payments. This can help stop credit history damage much sooner than if you must repay the full amount owed.

“It’s the right time for people to find a solution for their debt,” Herman encourages. “You may be able to protect your stimulus and set up an affordable repayment plan. Our team is also helping our clients make extra payments when they want to use part of a stimulus to pay off debt. That way, the money can be used in the most efficient way possible.”

Talk to a certified credit counselor to see if a debt management program is right for you. 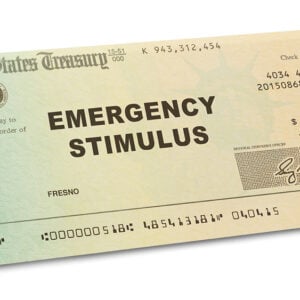 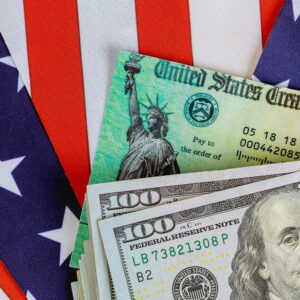 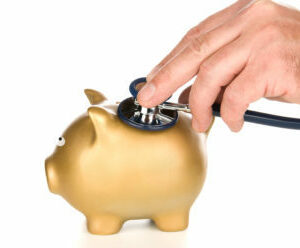