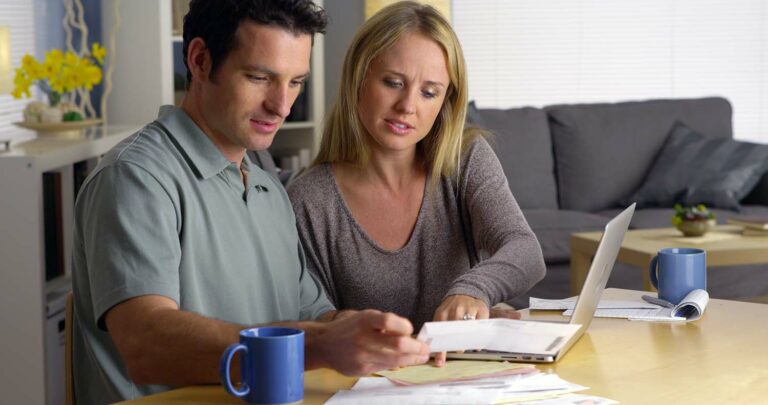 Between stay-at-home orders, more work from home hours, and school closures for kids, the pandemic has created plenty of new stresses for couples to overcome. But new studies show that one area where some couples may be thriving is with managing their finances. Spouses and cohabitating couples have had to get honest about their money, allowing them to start working together to overcome financial infidelity.

Couples are talking about money more

According to a study by TD Bank, 52% of couples say that they find it easier to talk about money following the pandemic. Of those that they polled, 86% of couples were having at least monthly conversations about money.

For those that manage their money separately, 64% say that lying about or hiding money or debt is a relationship dealbreaker. That’s backed up by a study from the American Institute of CPAs that found that 41% of cohabitating people say they would end a relationship over financial infidelity.

How honest is the average couple?

According to Finder.com, one in five adults in the U.S. has admitted to being less than honest about money with their partner. Men are more likely to lie and Generation X is the most likely generation to commit financial infidelity.

Finder also found that there may be financial karma may come back around. Roughly one in ten Americans have been guilty of financial infidelity and then were lied to by their partner.

Being financially irresponsible isn’t a good look either

“You might think that spending like there’s no tomorrow and lavishing your partner with expensive gifts would make you more attractive,” says April Lewis-Parks, Financial Education Director for Consolidated Credit. “However, that kind of excess may be concerning to your mate. If you’re taking on massive credit card debt to make a good impression, you may be sabotaging any future relationship.”

Don’t leave your partner in the dark

Policygenius broke down financial transparency into six key categories on their 2021 couples money survey—income, debt, spending habits, investments, retirement, and credit scores. Of those polled, one in five partners was clueless about all six categories.

“These are crucial parts of your financial outlook, particularly when it comes to debt and credit,” Lewis-Parks explains. “If you get married, your spouse’s debt and their credit score will impact your ability to achieve key life goals as a couple. Massive debt could lead to marriage delays, make it harder to buy a home, and make it harder to afford kids.”

Open, honest communication is more necessary than ever

Nearly three-quarters of couples (73%) say that finances have been a source of tension, according to the survey from AICPA. More than two-thirds of couples (69%) have fought about money in the past year:

Couples say that those tensions have impacted their intimacy—47% for couples without kids and 67% for those with kids. What’s more, while 86% of couples say they’re talking about money monthly, 30% of those couples say the conversations end in an argument

“Financial stress is running high during the pandemic,” Lewis-Parks says, “so emotions are high. But remember to keep conversations constructive. Focus on listening and being empathetic to your spouse or partner’s priorities. Look for ways to compromise and remember that you’re both trying to achieve the same thing, which is stability for your household.”

These resources can help you start to have productive conversations with your partner. The advice can help you whether you are married, planning to get married, or just happy cohabitating.

Love Lessons - How to Avoid Money Fights in Your Relationship

This video offers simple tips that can help you start to have productive conversations about money with your partner about money. Discover the best way to set up accounts when you marry or start cohabitating, as well as how to set financial goals as a couple.

[on-screen text] A Match Made in Credit Heaven: Here’s some facts about couples and finances just in time for Valentine’s Day!

Separate Leads to Separation: 1 in 5 couples manage their money separately.

LOVE TIP: Communication is key. Talk openly about your financial expectations to set the stage for a healthy relationship. 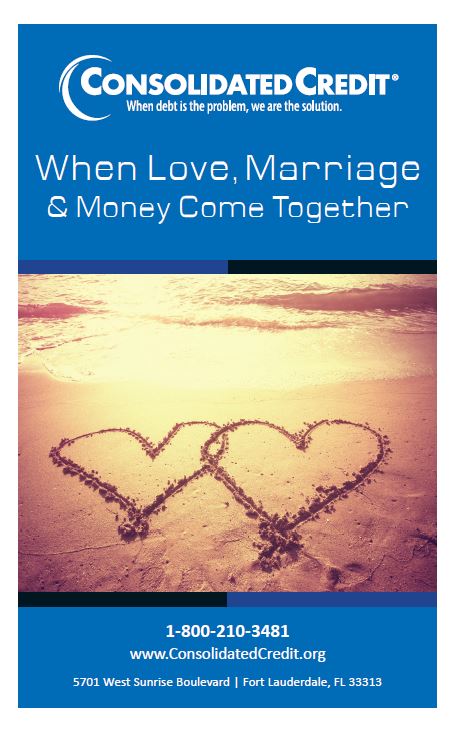 Disagreements about finances can be disastrous. If you’re in a serious relationship, this free Marriage and Money guide will teach you how to have the right conversations about money. Learn what questions to ask your partner and how to get on the same financial page so you can achieve your goals together.