The financial experts at Bankrate regularly conduct surveys as part of the Financial Security Index. The latest survey focused on emergency savings and credit card debt. Bankrate surveyed over 1,000 adults by phone from February 7-11, 2018. 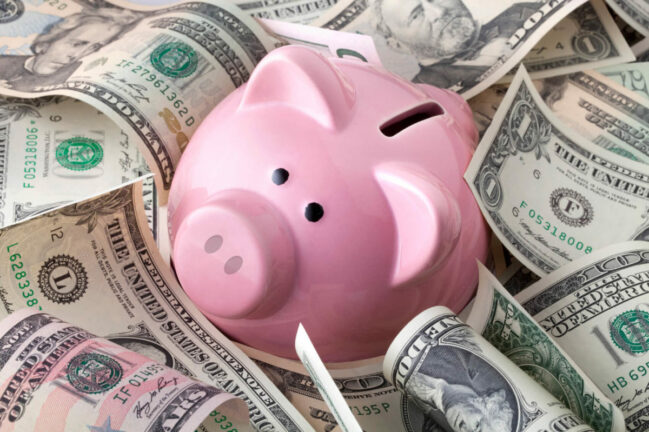 The banner headline from the survey depends on how you frame it. Bankrate and other publications like Madison.com took a positive spin: Most Americans now have enough money in savings to pay off their credit card debt. The survey found that almost 6 in 10 Americans (58%) had “right size emergency savings.” That’s when you have enough money set aside to pay off all your revolving debt.

However, MarketWatch took a much gloomier perspective on the same survey data. They point out that one in five Americans (21%) don’t have enough savings to cover their debt.

In case you’re wondering, the other 12% surveyed said they had no credit card debt. Unfortunately, they also said they had no emergency savings either. So, this is basically the breakeven group.

The good news is that more people have right size emergency savings compared to two years ago. When Bankrate conducted the same survey in 2015, just over half of respondents (52%) had right size savings. In addition, most Americans are focused on paying down debt, increasing savings or both.

Interestingly enough, where your focus lies may depend on your age. Millennials tended to focus on saving, while Gen X and Boomers focused more heavily on paying down debt.

“Your financial life should never be focused on just one thing,” argues April Lewis-Parks, Financial Education Director for Consolidated Credit. “If you’re just focused on paying off debt and you don’t save, every emergency expense will throw you off course. So, a truly balanced budget doesn’t just focus on one thing. It does all things at once.” 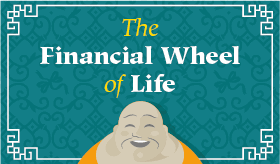 Infographic: Your Financial Wheel of Life

In a balanced budget:

“You should be able to save and pay off debt at the same time,” Lewis-Parks explains. “This gives you the right emergency savings to cover those unexpected expenses that always seem to pop up. You basically start to treat savings like a bill you pay yourself. This ensures you save consistently. Then, if you have extra cash left in your budget, you can direct it to paying off more debt.”

What is right size emergency savings?

“Emergency savings is meant to protect you against unforeseen financial circumstances,” Lewis-Parks clarifies. “Although you could use it to pay off debt, it’s real purpose is to cover emergencies and unexpected expenses. That could be anything from your water heater breaking or a transmission repair for your vehicle, to being temporarily unable to work due to unemployment or a medical emergency.”

See if your state offers a tax-free weekend, so you can save money on back-to-school shopping. This map will give you details on what each state discounts...Read full article