Expect higher rates on student loans if you seek new financing this year.

If you will attend college or send a child to college in the 2017-2018 academic year, plan for higher costs. The reason: Financing your education just got more expensive with the announcement of higher federal student loan interest rates. Last Tuesday, the Department of Education announced higher rates on new federal student loans.

Here is what the rate increase will look like for different types of student borrowers:

That may not sound like much, but depending on how much you borrow it can significantly increase your costs.

Comparing the new rate with the old 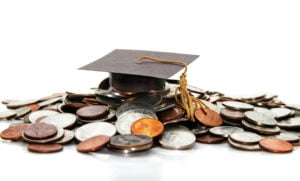 Let’s say you take out $20,000 in federal Direct student loans to fund your undergraduate education. The standard federal loan term is ten years and you attend school for four.

The difference is even greater for parents who take out PLUS loans. For the same $20,000 financing:

Keep in mind that the loan amount used above is conservative. The most recent statistics show the average undergrad left school with $35,000 in student debt, on average. What’s more, if you’re pursuing a graduate degree, six-figure student loan debt is not uncommon. At that level, total costs and monthly payments can easily extend beyond your means.

Why did rates increase this year?

Back in 2013, President Obama signed a new system into law to tie federal loan interest rates to the 10-year Treasury Note index. Prior to that, Congress voted each year to set the rate. However, in July of 2013 due to Congressional gridlock and a failure to reach an agreement rates doubled. At the time, rates jumped from 3.4% all the way to 6.8%. So, President Obama and Congress changed the system. 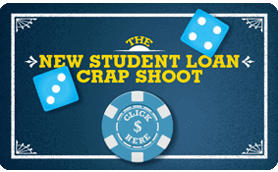 In the new system, anytime the Federal Reserve raises its benchmark interest rate, it affects the 10-year Treasury Note Index, too. It actually raises rates on loans, credit cards, and all of the T-note indexes as well. That’s good for savers, but not so good for borrowers.

Since 2013 when the law went into effect, rates have remained low. The Fed hasn’t raised rates in a few years in order to drive the economic recovery following the Great Recession. However, this year, they have already raised the rate twice. That’s the reason student loan rates will be higher in the next academic year.

How does this effect existing loans?

If you already took out your loans, this rate increase should not affect you. Student loan interest rates are fixed at the time you take out your loans. The only way it could affect you is if you choose to refinance your federal student loans now. That’s something you would only do if your rates are higher than the rate offered now.

Even if you enter into a Federal Consolidation loan or federal student loan repayment plan this should not affect you. In both of those cases, the interest rate on the new loan or repayment plan is a weighted average of the loans you include. That means the new rates should never come into play.

For students and parents heading into the 2018-2019 academic year…

For those financing education in this academic year, this is probably little you can do to avoid the higher cost now with the fall semester so close to starting. It would be tough to change your Financial Aid plan now.

However, for parents and students heading into school next year, take note. Federal Reserve Chair Janet Yellen has made it clear the two rate increases earlier this year will not be the last. Experts predict there may be several more increases between 2017 and 2018, depending on how the economy fares.

“If you plan to attend school next fall or have a child who will start school, be diligent about seeking other types of financial aid,” encourages April Lewis-Parks, Education Director for Consolidated Credit. “Take the time to apply for as many scholarships as you can and look into work study programs.  Whatever you can do to minimize the amount you borrow will be a benefit.”

For more information on minimizing education costs, visit Consolidated Credit’s free guide to Affording College. If you have student loans you need to repay, we also offer a Student Loan Debt Consolidation Guide.