Although EMV chip technology got off to a bumpy start, it was always intended to replace swiping your card. The only problem was that both merchants and retailers complained that the technology was slower and more cumbersome, slowing down transactions at checkout.

Now, however, statistics prove that EMV chip technology works to reduce credit card fraud. According to Visa, there was a 66% drop in fraud cases for them between June 2015 and June 2017. And, as customers and merchants become accustomed to the technology, complaints have dropped, too.

All of this means that EMV chips are here to stay, and that technology doesn’t require signatures. In fact, it replaces signatures with a technology you’re already familiar with thanks to your debit card – PIN numbers. Card users in most other countries use PIN numbers instead of signatures on EMV chip cards. Major U.S. credit issuers are likely to bring that technology here.

Will PIN numbers prevent fraud for you?

“It makes sense that PIN numbers have shown such a dramatic decrease in third-party fraud cases worldwide,” Gary Herman, President of Consolidated Credit, explains. “But that doesn’t make EMV chip cards fraud proof. Just like with your debit card PIN, you need to be extremely careful about who you tell your PIN number.”

Herman’s concern is that cases of in-family fraud may increase with the adoption of PINs. If a teen child gets a hold of your PIN, they can enjoy a spending spree with your card.

“Most teens don’t understand the cost of using credit,” Herman continues. “They look at credit cards as free money. The adage ‘Buy now, Pay Later’ makes it seem like the payment is just delayed. It doesn’t say anything about the fact that ‘Pay Later’ also means pay more.”

To Herman, this means there’s even more need to teach your children about credit early. Teaching them to use credit responsibly is often a better strategy than keeping them completely away from credit. You show them how to use credit the right way so they have time to develop good habits. 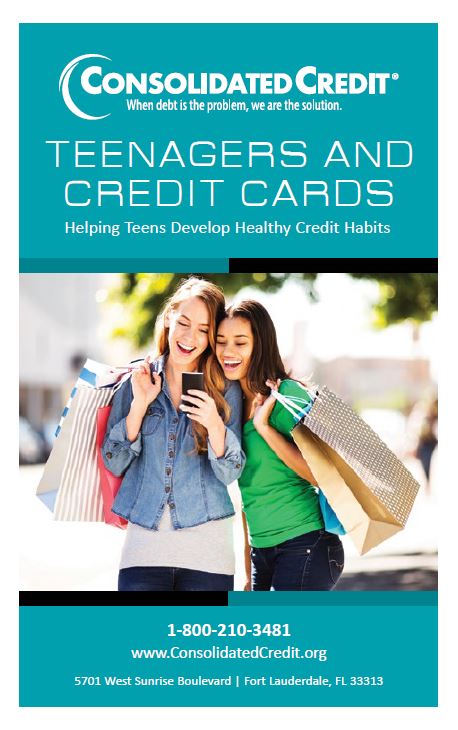 Has your teen asked you for a credit card yet? Getting credit is a major milestone on the road to financial independence, but there are some key lessons they need to learn first. This booklet teaches you how to introduce teenagers and credit cards the right way, so your teens learn how to use credit responsibly so they can avoid problems with debt.

Do you have a question about your credit cards? Ask Consolidated Credit’s team of certified credit experts!