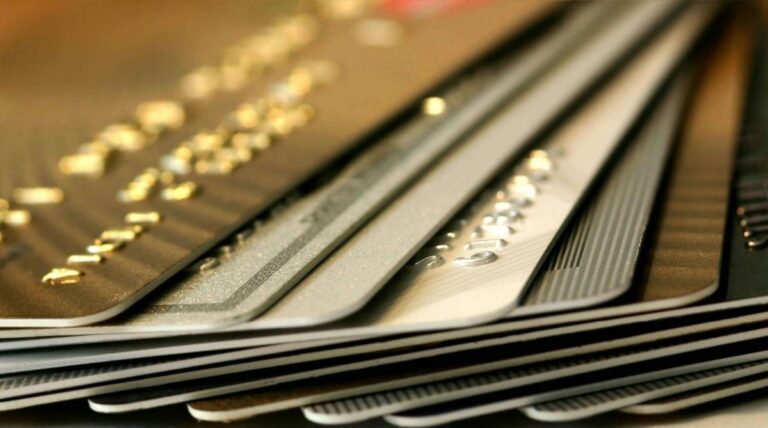 Two of the biggest credit card companies in the U.S. have both announced they will tighten their lending standards when it comes to customer credit card limits. Both Capital One and Discover plan to be more cautious when it comes to doling out high credit limits. That means credit users should expect lower limits on new accounts and fewer notices of limit increases on existing accounts.

This can also serve as a caution for consumers that have high-limit accounts. Credit card companies tend to tighten up their standards when they expect the economy to take a turn for the worse. They essentially want to limit the losses that they’ll face if customers default and don’t pay back their balances. So, these two issuers scaling back could be a sign that consumers need to be cautious about how much debt they carry.

That cycle he’s referring to is the economic cycle in the U.S. The economy goes through peaks and troughs. The economy has been strong and growing consistently since the end of the Great Recession. But it’s inevitable that it will eventually take a turn. Lenders tightening their standards is usually a sign that they expect that turn to happen soon.

Both Discover and Capital One are credit card companies that specialize in working with consumers that have less than perfect credit. They generally focus marketing efforts on consumers that have fair or even bad credit scores. So, it makes sense that these are the first companies to scale back on credit card limits. When you work with high-risk credit users, the risk of default due to a change in the economy is much higher.

This means there’s a good chance that other credit card issuers will follow suit soon. As the risk of an economic downturn increases, even creditors that work with high credit score customers may scale back. If they decide to do so, then you may start to see lower limits on new accounts, even if you have excellent credit. It would also mean that you’d be less likely to see limits increase on your existing accounts. 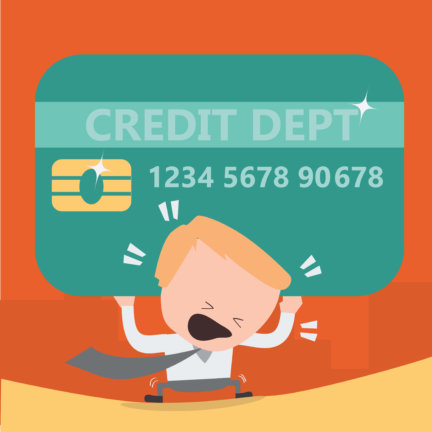 “If you’re currently carrying balances on your credit cards, then limited credit card limit increases may create a challenge for you,” explains Gary Herman, President of Consolidated Credit. “When lending standards are relaxed, credit card companies will often increase your limit as you get closer to it, allowing you more room to borrow and charge.”

Herman says that these types of limit increases can be risky for consumers; it creates more risk of unsustainable debt. As you continue to charge, your monthly payment requirements will gradually increase as well. So, while limit increases give you more breathing room, they create greater financial stress at the same time.

“People also need to be aware that high-limit balance transfers may become limited as well,” Herman says. “Credit card companies may not give you a huge balance transfer credit limit. That could reduce how much debt you can transfer and consolidate.”

This means more consumers will need other debt solutions besides balance transfers, such as debt consolidation loans and professionally assisted debt management programs. But as interest rates rise, the cost savings of even consolidation loans is getting squeezed. With fair credit, it’s difficult to get a loan with an interest rate of 10% or less. That makes consolidation with a personal loan less beneficial if you need to consolidate.

“The good news is that rates on debt management programs are negotiated on an individual basis with each creditor,” Herman explains. “Since rates are negotiated, changes in the economy don’t affect rates on a DMP. The average consumer still sees their rates reduced to between 0 and 11%, even though interest rates on credit cards are rising, overall.”

The credit limit you get is determined by two things:

If you have a higher credit score, then usually enjoy higher credit limits. You get a higher limit starting out when you open an account. You’re also more likely to receive notices of credit card limit increases from the credit card company.

This gives you more purchasing power because you have more access to credit. However, that can be a double-edged sword. Higher limits mean more opportunity to run up balances that you can’t afford to pay back.

A 2015 report from Experian on Credit.com broke down average limits a consumer could expect based on their credit score:

However, in addition to your credit score, credit card companies also increase or decrease limits based on the economy. Limits go up when the economy is good. Then creditors scale back when they think the economy is headed for a downturn.

Credit limits don’t just matter when it comes to purchasing power. They also directly affect your credit score. Credit utilization is the second most important factor used to calculate credit scores. It measures your total current balances versus your total available credit limit.

Credit utilization accounts for 30% of your total score and lower is always better. Anything below 30% utilization is good for your credit score, anything above 30% is bad for your score. 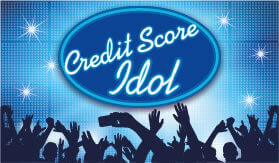 “High credit card limits make it easier to stay below that 30% mark,” Herman continues. “But when you have lower limits on your cards, then you need to maintain lower balances to avoid unintended credit score damage. Keeping your balances low – or better yet, paid-in-full every month – is even more imperative.

In most cases, the credit limit on an existing account won’t decrease. You usually only see your limits go up. However, if you miss a payment, the creditor may have the right to decrease your credit limit. This happened to one 57-year-old consumer in New York, who saw his credit limit cut from $18,000 down to just $2,700 as the result of one missed payment.

“The bulk of these changes are the direct result of an action (or inaction) by a consumer,” explained credit expert Scott Talbott at a Financial Services Roundtable in Washington D.C. in 2011.

How much does a credit limit decrease affect my credit score?

If you’re worried about credit limit decreases because you’re having trouble with debt, there’s some good news. According to a 2009 study by FICO, the effect of limit decreases on customers during the Great Recession was minimal. Most major credit card companies dropped credit card limits during the Great Recession. The goal was to minimize losses for accounts that were charged off. The average reduction was $5,100. However, the decrease in consumers’ credit scores was not as drastic as people worried that it would be.

“Reductions in card limits were found to have a negligible impact on the FICO scores of most consumers in this group,” the report stated. “Once their available revolving credit had been reduced, FICO observed a drop in score for only a third of the people in this group, an estimated 8.5 million consumers, with the typical score drop well under 20 points.”

How much of your credit limit should you use?

“People who use more of their available credit are statistically more likely to default,” explains personal finance columnist and credit expert Liz Pulliam Weston. “That’s why it’s prudent to use as little of your credit as possible – less than 30% of each limit is good; less than 10% is better.” 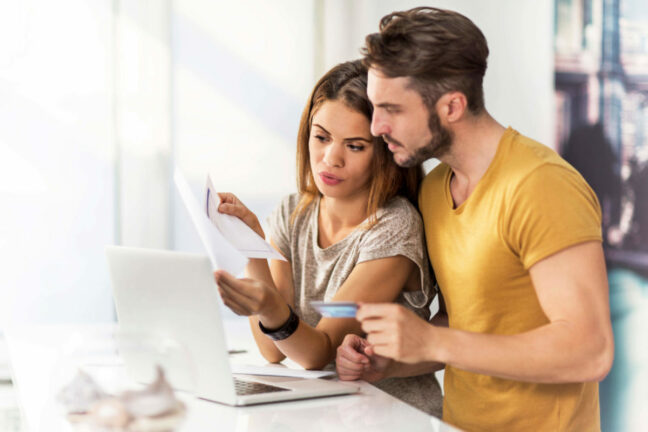 Basically, you always want to maintain the lowest balances possible. In an ideal world, you should pay off any charges you make at the end of each month. And in case you’re worried about your credit score, it’s a myth that you must carry credit card debt over each month to have a high score. You can maintain a net balance of no debt and it’s the best thing possible for your credit score.

“And keep in mind that paying off your debt in-full every month also gives you the ability to use credit cards interest-free,” Herman concludes. “If you start and end each billing cycle with a zero balance, interest charges never apply. You get all the benefits of using credit, without the added cost of interest charges.”

Pulliam Weston also says that keeping your balances low can help you avoid decreases in your credit score if a credit card company decides to drop your limit.

“If you only ever use a fraction of your available credit, even a large reduction in your credit limit shouldn’t send your scores plummeting.”

So, while decreases in credit card limits can affect your score, if you’re managing your credit card debt correctly, then you can minimize any potential for unexpected drops on your score.