The Federal Reserve just released the official numbers for credit card use through the end of November 2017. Yahoo Finance reviewed the data and talked to credit experts to find out what this means for consumer debt levels this year.

Credit card use during the Christmas season was notably high, even compared to other holiday shopping seasons. Balances rose 13% in November alone, reaching another all-time high for credit card debt at $1.023 trillion. 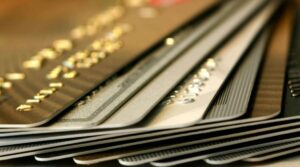 In 2017 NerdWallet found that the average American household carried a balance of $15,654. That’s higher than pre-recession credit card debt levels in 2008. However, the good news is that delinquencies only increased by 0.5% in 2017 to 7.5%. Basically, for every 100 credit card accounts, about 7-8 are past due.

In addition to a lower delinquency rate, Credit Union Times also reported on a CFPB study. It found that many other credit factors are also below pre-recession levels:

But the CFPB report also outlines some high-risk indicators, too:

All of this information begs the question of whether American households are taking on too much debt.

“Carrying high debt levels can be a recipe for disaster if the economy takes a turn,” says Gary Herman, President of Consolidated Credit. “It also creates stress on your budget that only leads to more debt.”

Increased credit card use means higher minimum payment requirements. As the monthly payments increase on your credit cards, it leaves less cash flow to cover unexpected expenses. As a result, you charge more, leading to more debt and even higher bills.

“It’s a vicious cycle that only gets worse over time,” Herman explains. “You need to take action to find a solution that breaks the cycle so you can get ahead.”

Typically, this means consolidating credit card debt so you can cut interest charges and pay off the debt faster. Solutions like a debt consolidation loan or debt management program can also cut your monthly payments, giving you more cash flow to build up your emergency savings.

“You decrease the amount of money you must devote to credit card payments,” Herman continues. “This increases cash flow in your budget that you can use to cover unexpected expenses. You can also build emergency savings, so when unexpected expenses come up, you don’t need to rely on credit to cover them. You break the cycle of amassing credit card debt.”

Do you use credit cards to "get by"?

Using credit cards to cover gaps in your budget or unexpected expenses can create a vicious cycle with debt. Learn how a debt management program can help you break that cycle.

Narrator: High interest rates on credit cards can double the cost of items if you’re only paying the minimum amount due each month.

Narrator: For Renee, getting by on credit cards during graduate school put her on a treadmill of debt.

Narrator: She was shelling out over $1,200 a month to her creditors, but getting nowhere fast

[On-screen quote from Renee] “I talked to a few companies first. Consolidated Credit stood out because I was still in control of my finances.”

[On-screen quote from Renee] “The experience of living without credit cards really changed my mindset. It changed how I budget and spend my money now.”

Narrator: The monthly savings meant she didn’t need credit cards to get by anymore, because her budget was balanced.

[On-screen text] After her interest rates were reduced to 1%, Renee was debt free in 4 years!

Narrator: And she could use part of that monthly savings to save up for a new house. Renee had this to say in closing:

[On-screen quote from Renee] It was a great feeling that I was no longer using credit to get by.

If you feel like you’re barely keeping your head above water, pay your credit cards off. And there’s nothing wrong with asking for help!