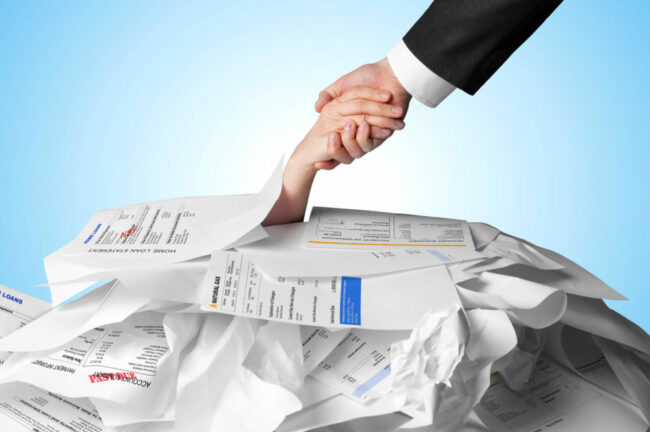 This year, Americans have passed a number of dubious landmarks when it comes to consumer debt. We owe more than $1 trillion on credit cards, but we also owe more than one and a half times that to student lenders. Those two facts alone explain a new milestone we hit this summer – namely, that US consumer debt now surpasses total mortgage debt for American consumers. That’s according to the latest Consumer Debt Outlook from LendingTree.

Consumer debt is another name for non-mortgage debt. It’s basically a catch-all for any debt that consumers hold that isn’t a mortgage. So, that includes:

A brief history of consumer debt in the U.S.

For most Americans, mortgage debt has been the biggest source of debt for their household. Most people don’t buy homes in cash, so they end up financing hundreds of thousands of dollars to buy a home. And historically, the goal of owning a home was part of the American dream. So, most people would leave their parent’s house, achieve financial independence after school and eventually buy a home.

As a result, mortgage debt has always been relatively high compared to consumer debt. Auto loan debt used to be the second largest source of debt, followed by credit cards and then student loans. But the days where auto loan debt were the second largest source are long gone. Auto loans have been outstripped by both student loans and credit cards within the past few years.

And that common life path of college to financial independence to homeownership hasn’t stood the test of time either. Students now graduate with record-high levels of student debt. This often forces them to move back in with their parents. And people are charging on credit cards and carrying balances at record levels, too.

All this has led to a shift, where US consumer debt now completely outpaces mortgages. It’s worth clarifying that mortgage debt is still the biggest source of debt for homeowners. But as more consumers put off homebuying due to other types of debt, consumer debt levels have shifted overall.

Why is US consumer debt so high?

According to LendingTree’s data, US consumer debt has hit this new record because Americans are simply taking on more debt overall:

How much debt is too much?

“Household debt, including mortgage debt, should never use more than about 36% of a household’s gross income,” says Gary Herman, President of Consolidated Credit. “That amount usually means that you can easily afford to cover your debt payments each month. It also gives you breathing room so you can get approved for new financing.”

Debt-to-income ratio (DTI) measures the amount of debt you have relative to your income. You use your gross monthly income to calculate it. That’s the income listed in your paycheck before your employer takes out taxes and other deductions. Then you compare that amount to your total debt payments, including mortgage or rent payments, auto loans, student loans, credit cards and other debts. You can use DTI to measure your overall financial health and anticipate potential debt problems.

“If you have too much debt, the likely culprit for pushing you over the brink is probably your credit cards,” Herman explains. “Lenders check debt-to-income ratio anytime you apply for loan to make sure you can afford the payments. But nobody checks your DTI before you make charges to your credit cards. As a result, credit card debt is often the root cause of a household with too much debt.”